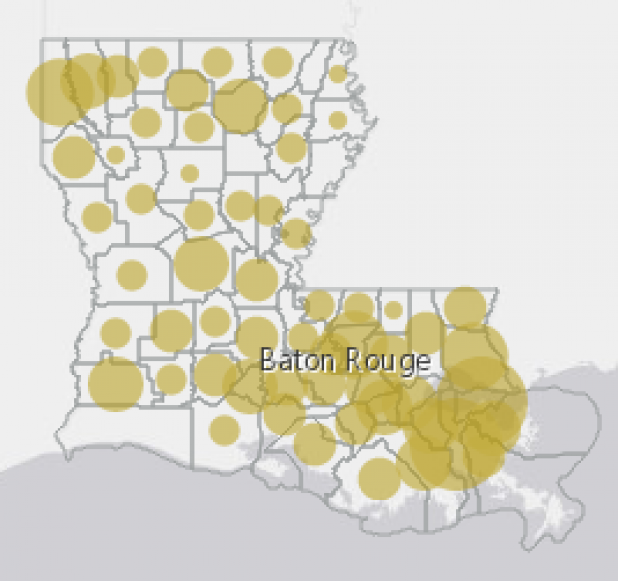 As of Tuesday noon, the number of cases in Avoyelles Parish has grown to 19, up five from yesterday.

That is the largest number of cases reported in a single day for Avoyelles Parish thus far.

Coroner Dr. James Bordelon told the Avoyelles Journal this morning that testing results are slower in rural areas, and expects the number of positives to increase as results come in.

The state said that 29 tests have been conducted in Avoyelles, meaning ten tested negative.

According to the Louisiana Department of Health and Hospitals, a total of 5,237 positive cases are confirmed in the state,with 239 deaths.

.
The timeline of state-reported cases in Avoyelles:

.
There are more cases reported in surrounding parishes.

Catahoula - 3 positive cases with 1 fatal case; out of 7 tests conducted

Concordia - 3 cases out of 19 tests conducted

Rapides - 58 positive cases with 3 deaths, out of 706 tests conducted