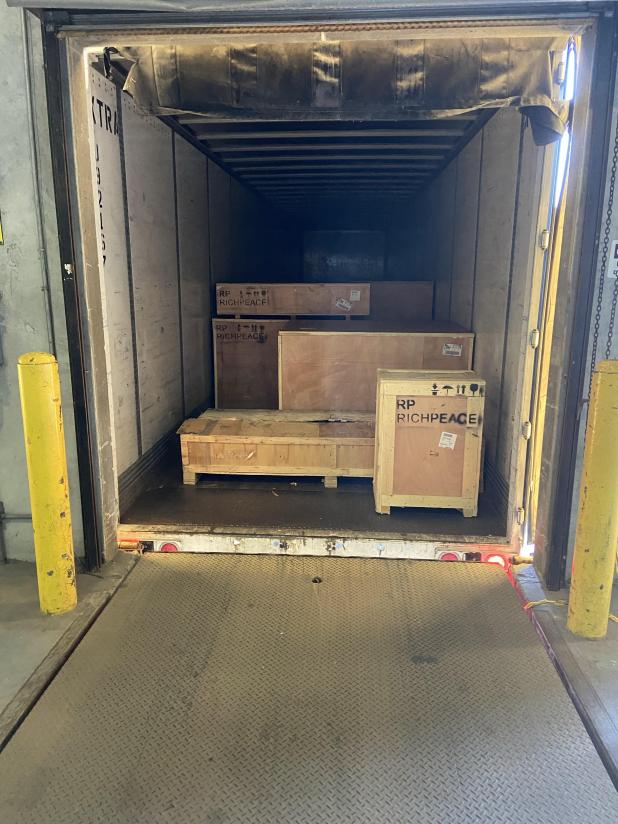 Company officials expect to take about ten days to work with technicians to set up and train staff to operate the fully automated machine. They anticipate the machine, designed to run 24 hours a day, will be in production by the end of the month. Two more machines will arrive in the next few weeks to make even higher-grade face masks and further expand the plant’s capacity to produce PPE.

“We are pleased to bring another resource to the state of Louisiana and the U.S. as a whole,” said Dan Feibus, CEO of Vidalia Mills. “The new machine will add jobs, economic activity and more security to the critical PPE supply chain.”

Already, Vidalia Mills has been contacted by dozens of hospitals, federal and state governments to bid on making PPE products.

“This is the first of the three machines,” said Robert Antoshak, Senior Advisor at Vidalia Mills. “The other two machines, which will arrive in early July, will produce N95 masks. We expect to have all three machines up and running in July.”

A team of technicians will travel from Henderson Sewing Company in Alabama to install the machine and train local workers. The three PPE facemasks machines will require about 4,000 square feet in the Vidalia Mills complex.

The Vidalia Mills PPE initiative is a joint venture with The Omniverse Group based in Los Angeles.