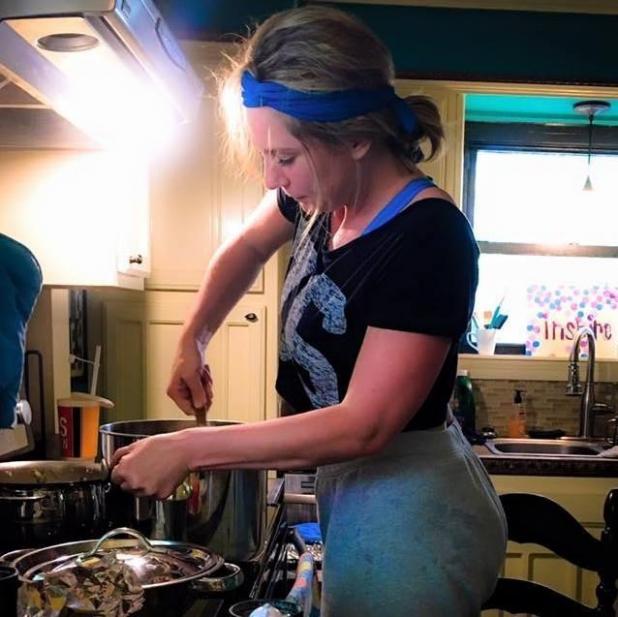 It has been said, only partly in jest, that “if it tastes good, it must be bad for you.”

Krysten Bennett is one of those “healthy food” types out to disprove that old saying.

Bennett is a Marksville native who started her business, “The Prep,” in Baton Rouge three years ago.

She moved back home almost two years ago and has been building a local customer base to go with the one she still serves in Baton Rouge.

“I deal with local farmers,” Bennett said. “My food items are 95 percent organic.”

Bennett said much of her produce is purchased from Sycamore Acres Farms in Cottonport. She also uses local meat markets like Juneau's for her lean meat entrees, with turkey being a favorite of hers.

“I am trying to develop a list of other local farmers,” she added, noting she would “really love to have a local source for things like blueberries.”

"I tell people I can make what they like -- but a healthier version," she said with a smile.

NOT JUST ABOUT FOOD

The Prep is not just one woman who likes to cook starting a food preparation business. In fact, it’s not even just about food.

“I have two dieticians, a personal trainer and others on the team,” Bennett said.

While helping her customers adopt a healthier menu, Bennett also teaches them how to live a healthier lifestyle.

“I do health coaching to help them lose weight or just to get healthier,” she said.

In the past few months, she has expanded her business to include a women-only gym at her Mark Street location.

She conducts small group "fitness boot camps" that are twice-a-week sessions for four weeks that help a person get back in shape after weeks, or months, of "stay-at-home" time due to COVID emergency orders.

Bennett is also proud to be part of an effort to revitalize and restore downtown Marksville.

In addition to her weekly meal clients, Bennett is also available to cater events.

She recently began creating her own vegetable and fruit juices, which can be used as a beverage with the meals or a juice-only cleansing regimen for two weeks or four weeks.

“I publish the menu for the next week on Tuesday and my clients let me know by Friday if they want to be on the prep list,” Bennett said. “I prepare the meals by Sunday and deliver them on Monday. for the next week.”

The meals are freezer-safe.

Customers can order breakfast, lunch or dinner for one or seven days.

Customers return the containers, which are then washed and reused.

“All meals are portion controlled,” Bennett said. “Each meal contains a protein, a veggie and a complex carbohydrate.”

She can also make meals for customers with special dietary restrictions.

Customers don’t have to swear off meat or anything so drastic.

“Most of my dishes include meat,” Bennett said, “but it’s lean meat -- like turkey and shrimp.”

She does not use much pork and beef. The turkey and other lean meats are farm-raised with no hormones used.

A formal grand opening of the business will be held in the near future, even though she is presently serving meal plan customers, catering events and handling drive-through orders for pressed juices and other items out of the remodeled law office near the courthouse.

Her business has grown primarily from word-of-mouth. The vegetable and fruit juices have become especially popular.

She said it is important to note that the juice is obtained by pressing, not by blending.

“It’s not a smoothie,” Bennett said.

Just a sampling of the cost of services includes $375 for a four-week special and $199 for a two-week program.

Earlier this summer the drive-thru was particularly busy. She hired 10 high school students to help handle the load. Now that schools are getting ready to restart and things aren't quite so hectic, the staff is now three full-time and three part-timers.

A lot can be said in favor of healthy food.

Still, truth be told, it isn’t likely to replace cochon de lait, cracklins and boudin at Avoyelles Parish family get-togethers -- but maybe it should.