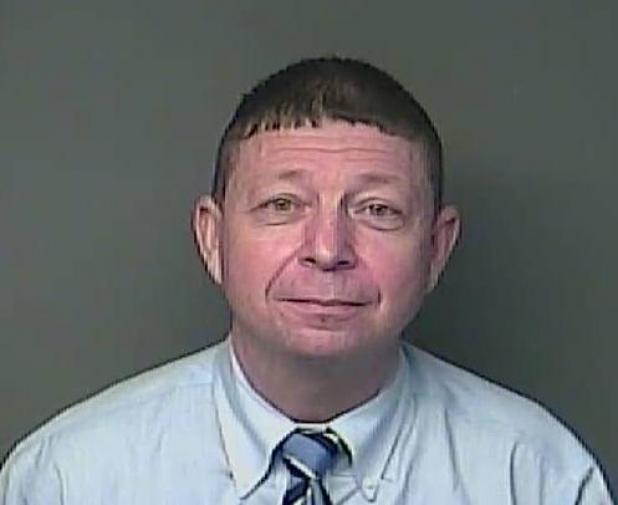 Bunkie City Councilman Travis Armand was arrested earlier today (March 11) by Bunkie Police on charges of battery on a police officer and interfering with a police investigation.

Armand was booked at Avoyelles Detention Center No. 1 and released on his own recognizance under a $1,000 bond.

"This is a frivolous arrest," Armand said. "I have been cleared by the superintendent to return to work and I am going back to the school."

The incident occurred in front of Bunkie Elementary Learning Academy this morning while police were "enforcing the exclusionary zone for school employees," Armand said.

Armand was walking out of the front door when there was contact between the door and the police officer.

"To me it looked more like he backed up into the door," Armand said. "I said 'Excuse me.' The officer left and I went back to my classroom. I was called from the office a short while later and told the Bunkie Police were there to arrest me. I said, 'I'm on my way.'"

The "exclusionary zone" is an area in front of the school where employees have traditionally parked, even though it is a violation of state law.

"I have been instrumental in convincing employees to comply with the exclusionary zone," Armand added.

Armand contends the arrest is related to citizen and school employee complaints that police are not helping to stop a practice of parents "stopping in the middle of the street in front of the school to drop off children. I am afraid a child will get run over," he said.

He said prohibiting employee parking in front of the school "has actually exacerbated the problem because parents see this big, wide open area so they stop in front of it to let their children out."

Bunkie Police Chief Scott Ferguson said he will issue a press release on the incident.

Armand is the second Bunkie alderman to be arrested for interfering with city police.

Councilman Lem Thomas was arrested in November 2019 at a traffic stop involving his son. He was also charged with interfering with a police officer and resisting an officer.

After Thomas’ arrest in November, Ferguson noted that he has told City Council members that “if anyone interferes with a traffic stop or investigation, then they would be arrested.”