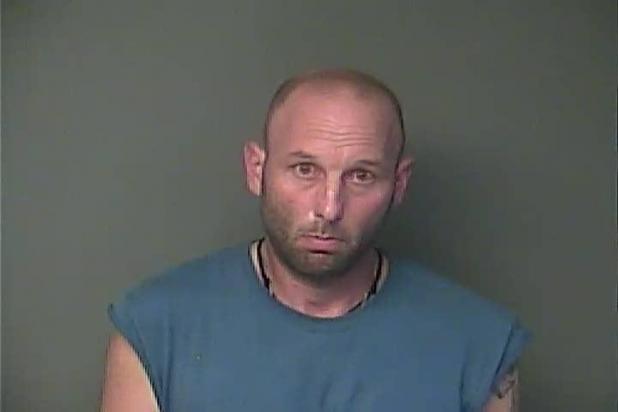 Lucas Jordan Manuel, 41, of Washington was arrested and charged with criminal trespass, two counts of simple burglary, theft and aggravated burglary. As a result of a chase in which vehicles’ speed reached 100 mph, Manuel was also charged with aggravated flight from an officer and resisting an officer.

He was booked into the Avoyelles Detention Center under $120,000 bond on the burglary-related charges. Bond had not been set on the charges stemming from the chase.

Avoyelles Sheriff Doug Anderson said deputies responded to a report of a burglary in the subdivision in the Bayhills area on La. Hwy 115, between Hessmer and Bunkie. Surveillance cameras at the home showed a man carrying a large sword rummaging through several rooms and vehicles. The burglar stole two sets of keys, which Anderson said could be used to access multiple businesses in the Bunkie area. The man also took several other items.

After reviewing the video and interviewing the victim and other witnesses, Manuel was identified as a suspect.

Anderson said it was confirmed that the pickup was equipped with On Star. APSO was able to determine the direction the vehicle was heading and called Mansura P.D. to intercept Manuel on La. Hwy 107.

Mansura police stopped the vehicle at the intersection of Baton Rouge Ave. and L’Eglise Street. However, as the officer was attempting to initiate the traffic stop, Manuel drove off.

APSO detectives were able to have the vehicle’s On Star slow the vehicle to 5 mph. Manuel stopped the truck on La. Hwy 114 between La. Hwy 1185 and Bowling Alley Road.

Detectives also used On Star to lock the doors to prevent Manuel from fleeing on foot.

Manuel attempted to escape by punching the windshield, but the vehicle was already surrounded by that time.

On Star unlocked the truck’s doors and, after a brief struggle, Manuel was taken into custody.

Anderson praised the quick thinking of investigators and the cooperation of On Star in securing Manuel’s arrest, avoiding potential injuries to other motorists and detering Manuel from committing additional crimes.