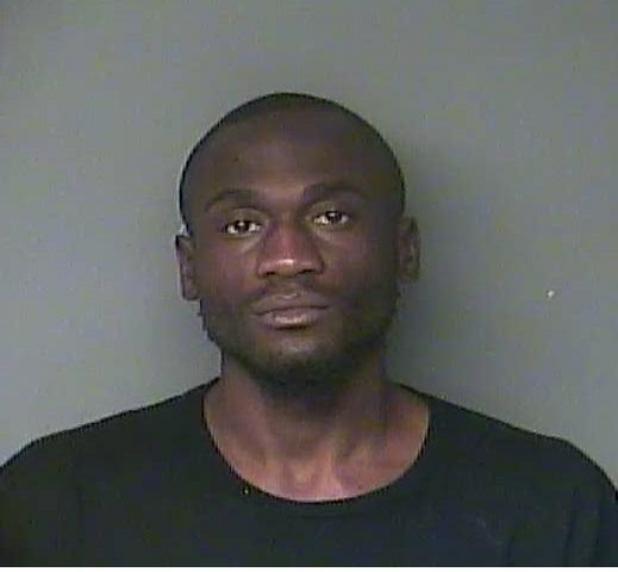 U.S. Marshalls arrested a Cheneyville man at a Marksville motel Tuesday evening on suspicion of 1st degree murder of a Dallas drug dealer.

Michael Mitchell, 32, of Cheneyville was still awaiting extradition to Texas to face charges of 1st degree murder in the shooting death of Joshua Brown in what authorities said was a drug deal gone bad.

“I am unsure when they will take him back,” Anderson said Wednesday morning.

Brown, 28, of Dallas was shot and killed on Oct. 4 in an apartment complex parking lot.

As of Wednesday, Jacquerious Mitchell was still in critical condition in a Dallas hospital with a gunshot wound to his chest. Green was still at large.

Investigators said the three men were in Dallas to buy drugs from Brown. Dallas P.D. Assistant Chief Avery Moore said Tuesday the wounded suspect said Brown shot him in the chest during an argument between Green and Brown. Green shot Brown twice and took the drug dealer’s backpack and gun. The two men drove their wounded colleague to a hospital before leaving the city.

Authorities in Dallas confiscated 12 pounds of marijuana, 149 grams of THC cartridges and more than $4,000 in cash during a search of Brown's home.

It is unknown how the three Rapides Parish men came into contact with Brown or why they chose to drive over 300 miles to purchase marijuana in Dallas.

In addition to the capital murder charge from Dallas, APSO was also booked on local charges of possession of marijuana with intent to distribute, illegally carrying a firearm and possession of a firearm by a convicted felon.

UNRELATED CASE
Brown was a key witness in the murder trial of Dallas police officer Amber Guyger, who was convicted of the September 2018 fatal shooting of her neighbor, Bothan Jean.

Guyger said she mistakenly walked into Jean’s apartment after coming home from a late shift and mistook him for a burglar.

Brown, another neighbor, testified he did not hear Guyger order Jean to raise his hands before she shot him.

There has been rampant speculation in Dallas that Brown’s death was “pay back” by other Dallas P.D. officers for his testimony.

Authorities have emphasized there is no connection between the Guyger/Jean case and Brown’s death.

Despite those assurances, the attorney for the Brown family and the Dallas NAACP have asked that an outside agency conduct the investigation into Brown’s murder.