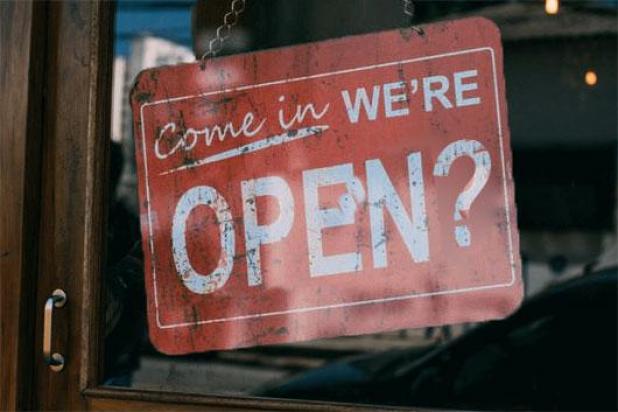 COVID numbers may be larger

In New York, Governor Andrew Cuomo announced antibodies-testing of shoppers at 3,000 supermarkets revealed 13.9 percent of New Yorkers had been infected with COVID-19 but in New York City, that number shot to 21 percent.  That would mean one in five people in the nation's largest city either has or has had the virus.  Governor Cuomo says that represents 1.7 million city dwellers, or 10 times the official count.  But the silver lining, Cuomo says, is if infections are indeed that high, the vast majority recover with minor symptoms and the death percentage is lower.

Georgia Governor Brian Kemp takes a different view.  Having tested only 1 percent of Georgians, Kemp was one of the last to lock down his state and now is among the first to reopen. Despite an explosion of COVID cases in southern Georgia, the governor is catching flak for reopening businesses that cannot social distance such as hair salons, barber shops, tattoo parlors, massage parlors, and small restaurants.

"It's too soon," said President Trump of Kemp's reopening plan.  "They can wait a little bit longer, not much, because safety has to predominate."  Kemp opened anyway.

Oklahoma, Florida and Tennessee are also set for marginal reopening despite each state's continuing cases of the virus.

Jump-starting economies in some states is pressuring other states to do the same, including Louisiana which has been praised by the White House and Centers for Disease Control as one of the top 2 states to do the most testing and respond quickly.  Governor John Bel Edwards says Louisiana of all states has to get it right because the state is heavily dependent on tourism, conventions and sports enthusiasts.

"I want people to have their expectations in check," said Governor Edwards, " because Phase One is a very gradual easing of current restrictions.  It's not as if we're going to be reopening to go back to where we were before this pandemic struck.  That's not the case.  We believe that when we meet the given threshold criteria, we will be able to go to Phase One, accompanied by robust testing and contact tracing."

Of paramount concern, Edwards says, is not just the reopening of businesses, but how quickly New Orleans and the state can attract conventions and tourists from around the world.  For instance, the Saints' NFL season starts in just four months while reigning NCAA National Football Champion LSU will be the team every other team wants to beat.

"How are we going to get tourists to Louisiana," Edwards questioned, "if we have cases spiking here in greater numbers than they're spiking elsewhere?  They're going to choose to go elsewhere with their conventions.  They're going to choose to take their vacations elsewhere.  In my conversations with the hospitality industry and the tourism folks, they fully understand that.  They want to go as fast as we can while we adequately protect public health."

Coronavirus is just another in a string of catastrophes Louisianans have endured over the last fifteen years.  Among them, Hurricanes Katrina, Rita and Gustav; 2008's financial meltdown; 2010's Deepwater Horizon explosion; and years of repeated flooding with the Mississippi River setting record highs.  All these major setbacks have been balanced by record tourism fueled by Mardi Gras, Jazz Fest, the Saints' Superbowl win in 2010 and LSU's National Championship this year with quarterback Joe Burrow the top pick in the NFL Draft this week.

But the state's residents continue to fight chronic health problems with some of the highest comorbidities of obesity, hypertension and diabetes in the nation, the key factors in COVID deaths.  To examine those problems and find solutions, Edwards accepted this weekend $500,000 from the Baton Rouge Area Foundation to fund the Governor's COVID-19 Health Equity Task Force to find answer and solutions for why the state's minority and poor population has been particularly hard hit by the virus.  Though Louisiana's African-Americans account for one-third of the state's population, 60 percent of COVID deaths are African-Americans.

"We've got find answers to this age-old question that's plagued us for generations," said Edwards.  CDC records show that the entire country has steadily become morbidly obese over the last 30 years, particularly in the Gulf South.