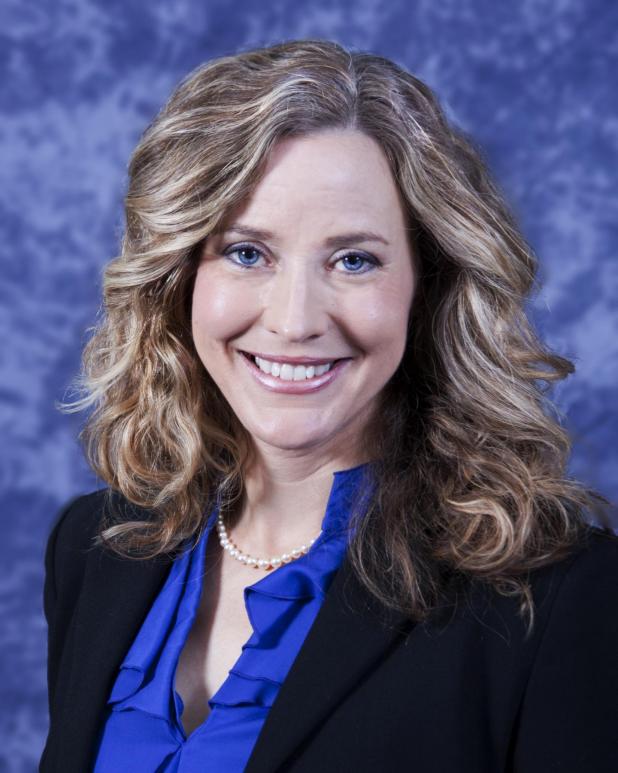 For 22 years, Cottonport native Dr. Noelle Moreau has worked as a physical therapist for those injured or with physical conditions or taught others how to care for patients as an associate professor of physical therapy at LSU Health New Orleans School of Allied Health Professions.

Now she is using her knowledge, desire and passion to help her patients with physically debilitating conditions live a more full life with a grant-funded research effort which she hopes will counter the negative effects of cerebral palsy (CP) on walking and overall function.

Moreau is a 1992 graduate of St. Joseph School and the daughter of James “T-Jim” and Kinta Moreau of Cottonport.

The National Institutes of Health will distribute a $2.5 million research grant over five years to enable Moreau to study the effectiveness of an innovative approach to improve the ability of children with cerebral palsy to walk. The study is funded by the NIH’s National Institute of Child Health and Human Development.

Moreau will investigate the effects of “power training” combined with “interval treadmill training” (PT-3) on the patient’s ability to walk, muscle performance and muscle structure.

“This approach to therapy is more explosive and fast moving,” Moreau said. “The patients train more like athletes. It is more like a work out than a physical therapy session.”

Moreau said that about half of children with cerebral palsy suffer a deterioration in their ability to walk as they become older children and adolescents.

“Of those who stop walking, about 75 percent lose the ability to walk before they reach the age of 25,” she noted.

Her research project “targets the older children and adolescents. By that age, those with cerebral palsy get little or no physical therapy any more.

“This approach is more like what their peers are doing when they exercise, or what their parents may be doing when they work out,” she continued. “It also helps to promote a lifestyle change that includes exercise -- which is important to everyone, but even more so for someone whose muscles are compromised.”

Cerebral palsy is a non-progressive developmental disorder of movement and posture that leads to activity limitation caused by damage to the immature brain before, during or shortly after birth.

The Centers for Disease Control estimate CP occurs in 3.6 per 1,000 live births -- about one in 278 children. It is the most common physical disability originating in childhood. The CDC reports the incidence of CP is higher than childhood cancer, hearing and vision loss, spina bifida, hemophilia, fetal alcohol syndrome and cystic fibrosis.

Although the initial brain damage is non-progressive, CP is a lifelong disorder due to secondary musculoskeletal problems and associated activity limitations that progress into adulthood.

Moreau said her approach differs from the traditional physical therapy for patients with cerebral palsy.

The traditional therapy focuses on task-specific training to improve walking. However, that approach “fails to address the underlying muscular mechanisms responsible for the walking limitations and has not been shown to be more effective than other therapies in people with spinal cord injury, stroke, and cerebral palsy.”

Her therapy method “will address muscle power -- a key ingredient that is missing from current clinical practice for children with cerebral palsy -- and combine it in a package of care with a task-specific training protocol that allows the participants to practice using muscle power generation during the functional task of walking.

“The overall importance of this project is to remediate the muscle decline that occurs in older children and adolescents with cerebral palsy,” Moreau said. “The goal is possibly to prevent it from occurring or reduce its effects, and to allow them to be more functional and improve the quality of life.”

The study will enroll 48 children ages 10-17 with cerebral palsy who are still able to walk.

Participants will be randomly assigned to receive either PT-3 or an equivalent dosage of traditional-strength training combined with traditional treadmill training for 24 sessions, three times per week for eight weeks.

Moreau said people interested in participating should call her now. She will ask a few questions to determine if they qualify for the study. If they do, she will call them later this year when the project is ready to start, probably in January.

Moreau said she was encouraged by results in a pilot study done in support of her grant application.

“There was one child, about 11, who underwent the physical therapy protocol I propose,” she said. “When he came to me his level of functionality was that he was almost always in a wheelchair. He would use a walker for short distances at home, but was in the wheelchair in the community. He had constant severe knee pain.”

After four weeks in the “train like an athlete” approach, the boy “had no knee pain and his functionality had improved significantly.

“By the end of the program, his mother told me she had put the wheelchair in a closet, he was using a walker at school and in the community but was walking around home without a walker,” she continued. “His mother said she hopes she will never have to take that wheelchair out of the closet again.”