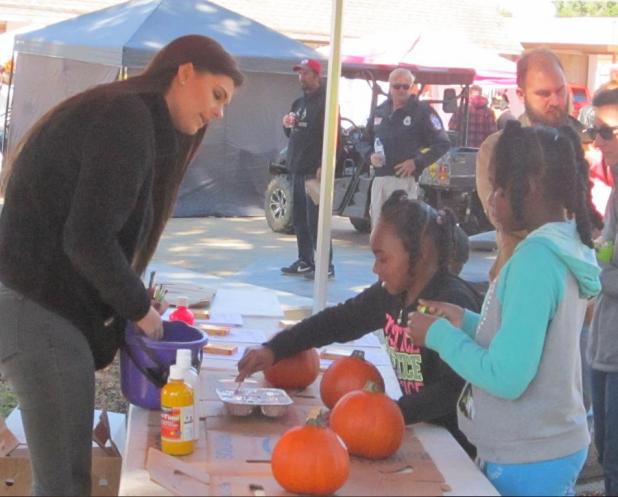 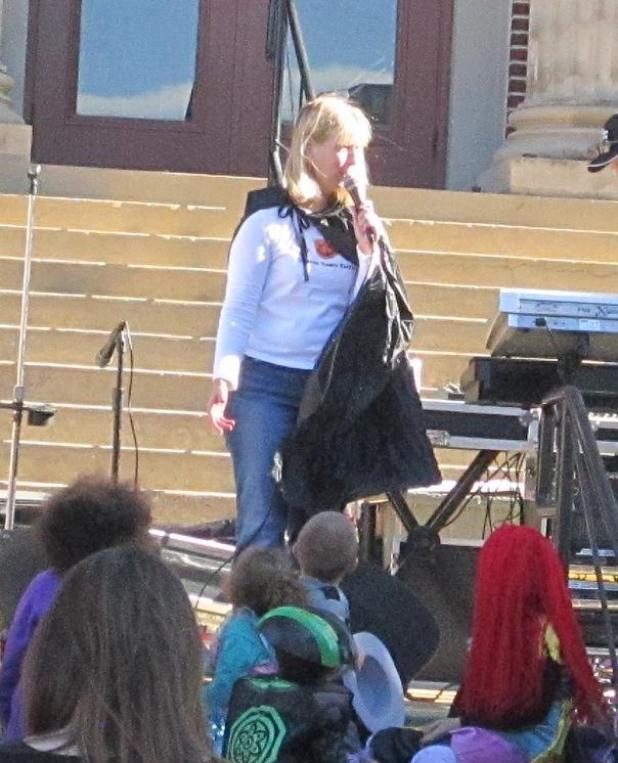 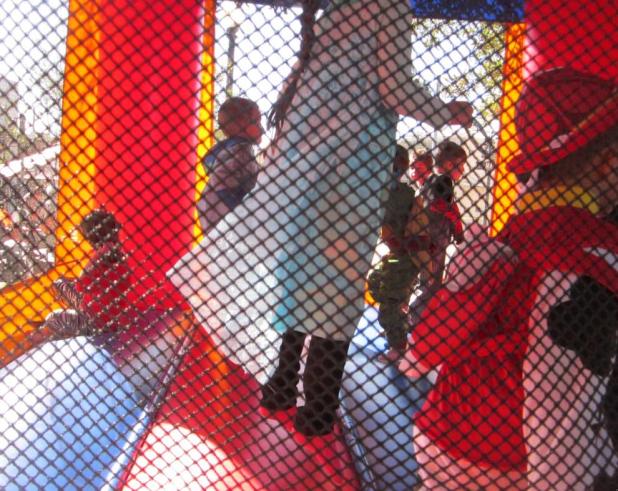 All manner of superheroes, spooky creatures and animals bounce in the bouncy house at the Fall Market on the Avoyelles Courthouse Square. {Photo by Raymond L. Daye} 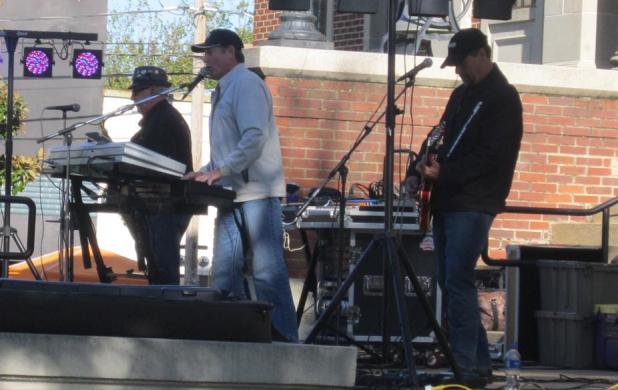 The Paul and Pete Band perform golden oldies for the crowd attending the Fall Market holiday event at the parish courthouse on Oct. 28. {Photo by Raymond L. Daye}

There were cats and dogs, witches and vampires, a wide selection of superheroes and a veritable job fair of careers -- policeman, firefighter, train engineer, farmer, hunter, etc.

However, the hundreds of children walking around Courthouse Square last Saturday had this much in common -- a love of candy and the joy of being a child at Halloween.

It was the Marksville Chamber of Commerce’s first time to combine a vendors market and festival with the annual trick-or-treat around the Courthouse Square. The event was dubbed the Fall Market.

Beautiful weather -- a far cry from the night before -- helped to bring hundreds of children, with their accompanying adults and a large number of pets -- to enjoy the Autumn event.

Painting pumpkins, jumping in a bouncy house, participating or watching a wagon parade, listening to spooky stories and collecting candy from various treat stations around the courthouse were part of the overall fun-filled environment at the event.

There were several contests -- for children’s and dogs’ costumes, coloring and eating pumpkin pie.

In addition to events for the children, the grown-ups enjoyed golden oldies performed by the Paul and Pete Band.

Just down the street a few blocks, the City of Marksville held its traditional Haunted House in the old City Hall.

Marksville’s business community was well-represented with booths around Courthouse Square, handing out treats the children.

On a more serious note, the Avoyelles Commission of Tourism had many visitors more than willing to write messages of hope and well-wishes for local troops deployed in foreign nations.