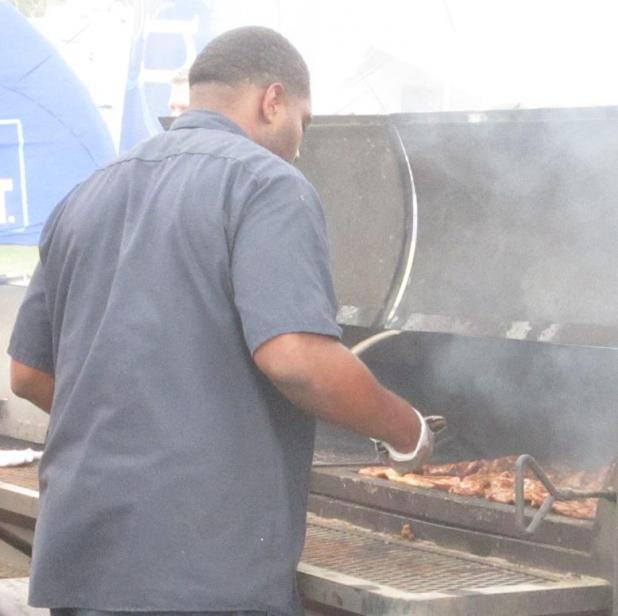 Cortez Bonton, a Paragon Casino Resort employee, tends to the barbecue sold at the BBQ Throwdown on Nov. 18. The event attracted master chefs from across the South to compete for cash prizes and a shot at an invitation to compete for the world championship in Lynchburg, Tenn., next October. {Photo by Raymond L. Daye} 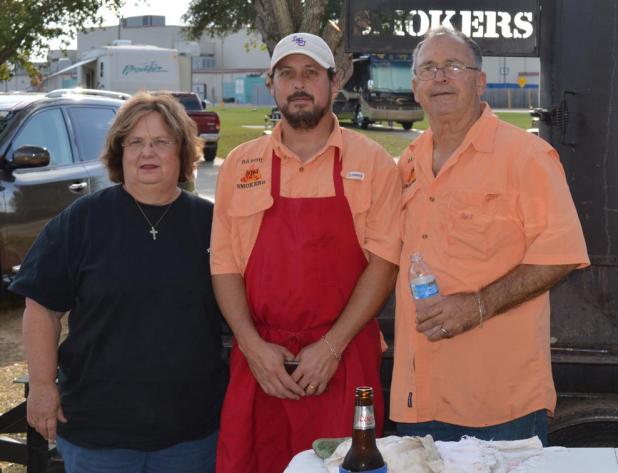 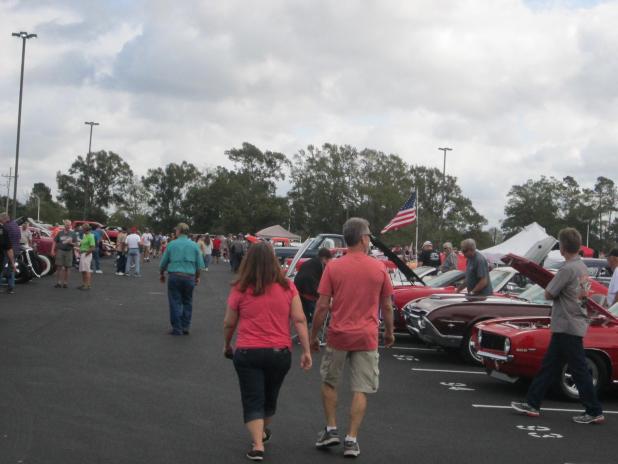 Over 300 classic and antique cars filled a parking lot at the Paragon Casino, where thousands of visitors admired them. {Photo by Raymond L. Daye} 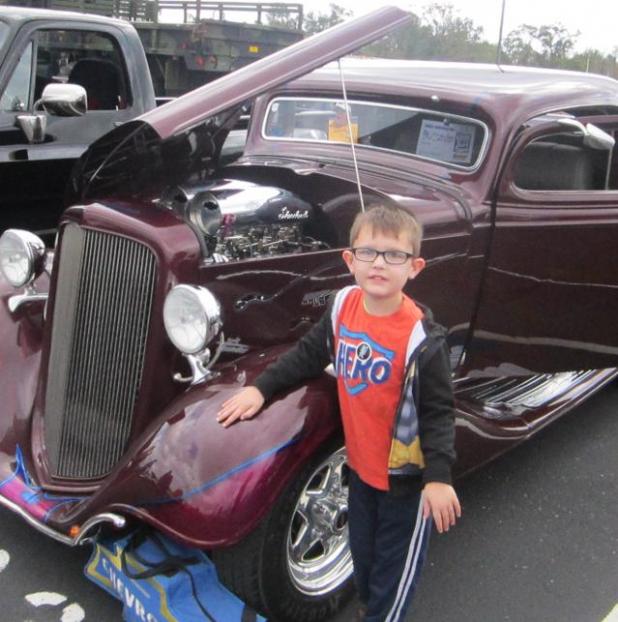 Dylan Daye, 5, of Hessmer admires one of the classic antique cars on display at the Cruisin’ Southern Style car show held on the Paragon Casino Resort grounds on Nov. 18. {Photo by Raymond L. Daye} 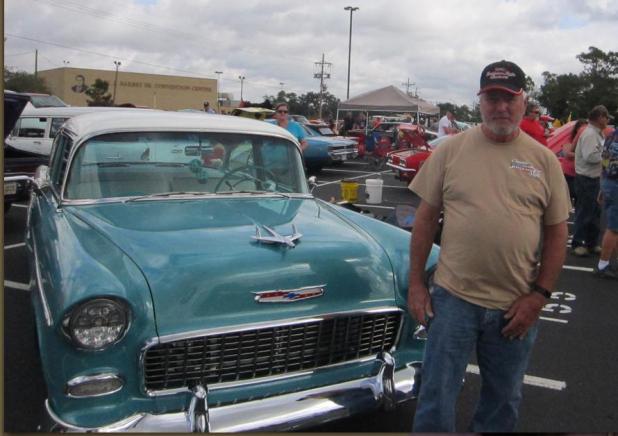 FOR A GOOD CAUSE
Michael Leduc of Bunkie, coordinator of the Cruisin’ Southern Style Car Show, shows off the 1955 Chevy of fellow-club member Jarrett Robinson of Forest Hill. The car show on the Paragon Casino grounds attracted 308 entrants and thousands of visitors while raising over $30,000 for St. Jude's Children's Hospital on Nov. 18. {Photo by Raymond L. Daye} 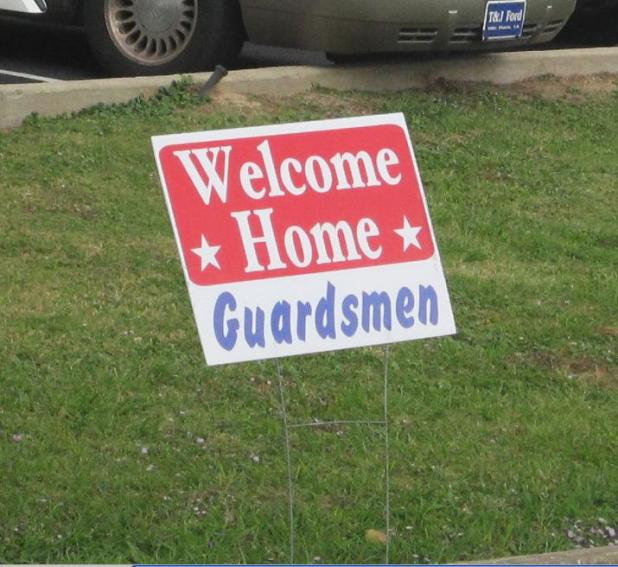 Another event, more private but much more important than the open-to-the-public events, was also held that Saturday as men and women from one of the state’s National Guard units were coming back from an overseas deployment. The casino in Marksville is often used for such homecomings. {Photo by Raymond L. Daye}

Thousands of people converged on the Paragon Casino Resort on Nov. 18 where three people-pleasing events were being held.

The Paragon’s RV Park was turned into an outdoor kitchen with all manner of savory entries being prepared as the Tunica-Biloxi Indians Political Action Committee (TBIPAC) held its annual fall BBQ Throwdown.

The twice-a-year event attracts master chefs from across the South to compete for cash prizes and the possibility of an invitation to the BBQ world championship in Lynchburg, Tenn.

The grand champion was from Texas -- Don Canterbury of Conroe, with a team name of “We Be Smokin’.”

A short drive away elsewhere on the Paragon property, a parking lot was converted into a show room for classic and antique cars in the 11th annual Cruisin’ Southern Style Car Show.

Michael Leduc of Bunkie, past president of the Southern Style Cruisers and coordinator of the car show, said 308 cars had entered the show -- making it one of the largest in the state.

All profits from the annual event go to St. Jude Children’s Hospital. This year’s event raised almost $30,000 for St. Jude’s.

Tom Smith, of the Velocity Channel TV series Misfit Garage, was a special guest at the event.

“This event would not be possible without the support of the Paragon Casino,” Leduc said. “If we had to hold this show somewhere else, the amount we are able to give to St. Jude’s would be cut in half.”

Inside the casino’s Mari Showroom, a large number of holiday shoppers were enjoying the Marksville Chamber of Commerce’s Christmas Extravaganza. Over 100 vendors sold gift items ranging from locally made merchandise to quality clothing.