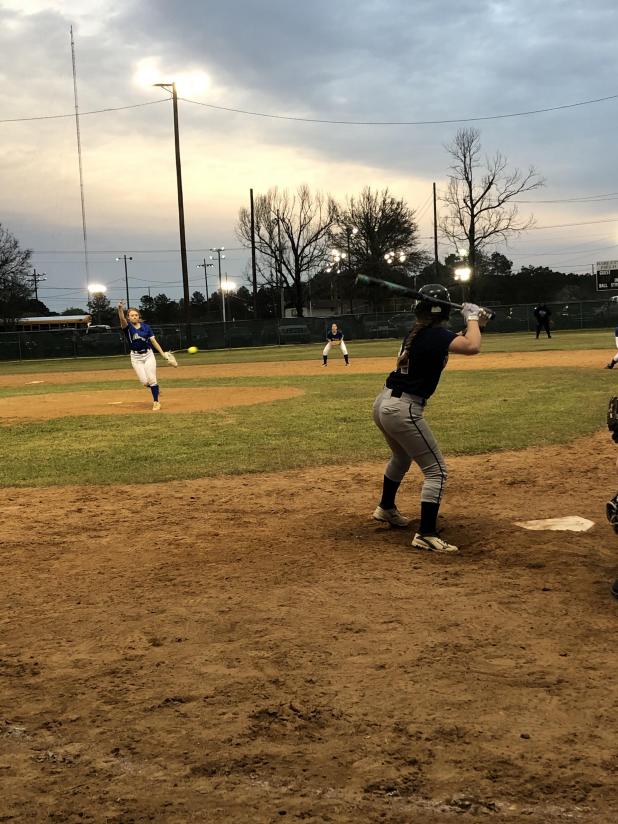 This past week was the last baseball/softball action at least until mid-April, due to high schools being closed and sporting events cancelled until April 13.

Avoyelles and St. Joseph softball teams had hot bats and stingy defenses this past week while the other three parish schools went into a skid.

In boys baseball, St. Joseph also put together a winning streak. to be the week’s most successful boys team. The Eagles’ doubleheader on Saturday was the last games for parish teams until the virus threat passes.

Two boys teams didn’t play last week. The other three went 8-1. The only loss was in an in-parish rivalry game, where someone had to lose.

The parish softball teams, as a group, were more “see-saw,” with three having winning weeks and two going winless.

The Avoyelles Mustangs’ only game of last week, against Highland Baptist on March 10, was postponed.

The Lady Mustangs were merciless against Peabody in a March 11 doubleheader. The Mares from Moreauville shut out the Lady Warhorses 15-0, in the opener and kicked them soundly, 20-3, in the nightcap.

They closed the week’s action on March 12 with a 18-0 victory over Montgomery.

The Vikings had no games scheduled last week.

The Lady Vikings had to cancel a March 10 game with False River. Perhaps that extra rest helped them defeat in-parish rival St. Joseph, 10-0.

While all games are important, games against long-time rivals always seem to be a bit more important.

The Bunkie Panthers won their latest match with Marksville, 7-3, on March 10.

The Tigers started last week with a convincing 22-8 thumping of Peabody on Monday, only to run into a Bunkie buzzsaw on Tuesday.

They bounced back last Thursday with a 17-9 decision against Pine Prairie.

The Tigers’ Friday the 13th game with Opelousas was the first local casualty of the coronavirus sporting event ban.

Grant shut the Tigresses out, 6-0, on March 10. Sacred Heart delivered a 2-0 whitewashing on March 11. Jena outdid both combined with a 14-0 blasting.

Although last week started out rough with a doubleheader with Ville Platte being cancelled on Monday, the Eagles recovered to pummel Northwood, 13-2, on Tuesday and again on Thursday with a 16-6 decision over the hapless Gators.

In a Saturday doubleheader with South Cameron, the Eagles soared to a 20-5 victory in the first game and swooped in to take a 12-2 decision in the second.

Meanwhile, the Lady Eagles knocked off two opponents -- Rapides, 14-2, on Monday and Opelousas, 6-5, on Wednesday -- before APCS ruined the week with the 10-0 blanking on Thursday.

The spring sports season has not been cancelled, but is in wait-and-see mode.

Other spring sports, including powerlifting, bowling and bass fishing state championships have been postponed.

The LHSAA Executive Committee will meet April 7-8 to discuss what happens to high school sports after the governor’s mandate expires on April 13.

“Scheduling and participating in practices during the mandated time period (from March 16th to April 13th) will be left to the discretion of the administration and/or LEA of the schools involved,” the LHSAA said in a statement. “We will continue to monitor the situation and we encourage each member school to consult with their local health department and medical professionals to help with these decisions.”

Teams can continue to practice to remain in shape for the resumption of play, but cannot compete in games until after April 13.

The early weeks of the season were defined by streaks.

As of March 1l, these are the won-lost and streaks for the 10 teams.

Avoyelles Mustangs: 4-3, a three-loss and a three-win streak.

St. Joseph Eagles: 5-3, two-loss streak and four-game winningg streak. Another streak that doesn’t show up in the recorfd is three games in a row postponed or cancellled.

Lady Eagles: 4-5, a three-loss streak followed by a three-win streak.

At this point, Bunkie can boast the most successful teams in number of wins.

APCS is “alpha and omega” in percentages, with the highest winning percentage for baseball (80 percent) and lowest in softball (14 percent).