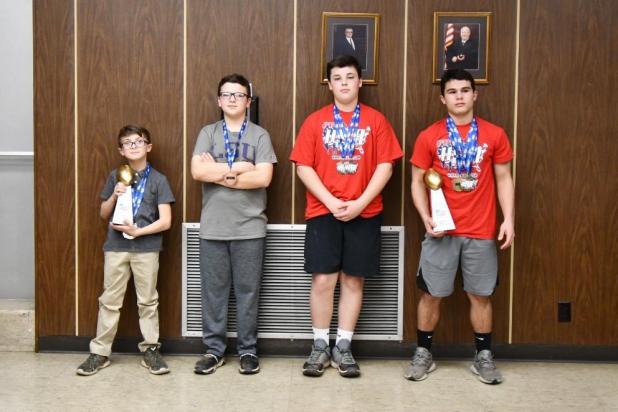 Five Bunkie area youth won national honors during the recent Punt, Pass and Kick competition at the University of Louisiana-Lafayette.

Robert Ormsby of Bunkie was 1st overall in the Boys 6 & 7 division. He was first in punting, second in passing, second in kicking and third in the 40-yard dash.

John Eves of Bunkie was 1st overall in Boys 14 &15, placing first in passing and in kicking and second in punting and the 40-yard dash.

Bunkie Mayor Bruce Coulon, who organized the local Punt, Pass and Kick event earlier this year, said 17 area boys and girls competed in the event and 10 went to the national competition at ULL.

“I want to thank the parents and kids for making this program such a success,” Coulon said. “I also want to thank Bunkie High School for the use of the football field.”

Punt, Pass & Kick was once a popular program sponsored by the NFL. That partnership ended a few years ago.

Punt, Pass and Kick USA was established to revive the tradition.

This year there were local PP&K events in 11 states. The national competition attracted 76 participants from four states -- Louisiana, Mississippi, Texas and Alabama.