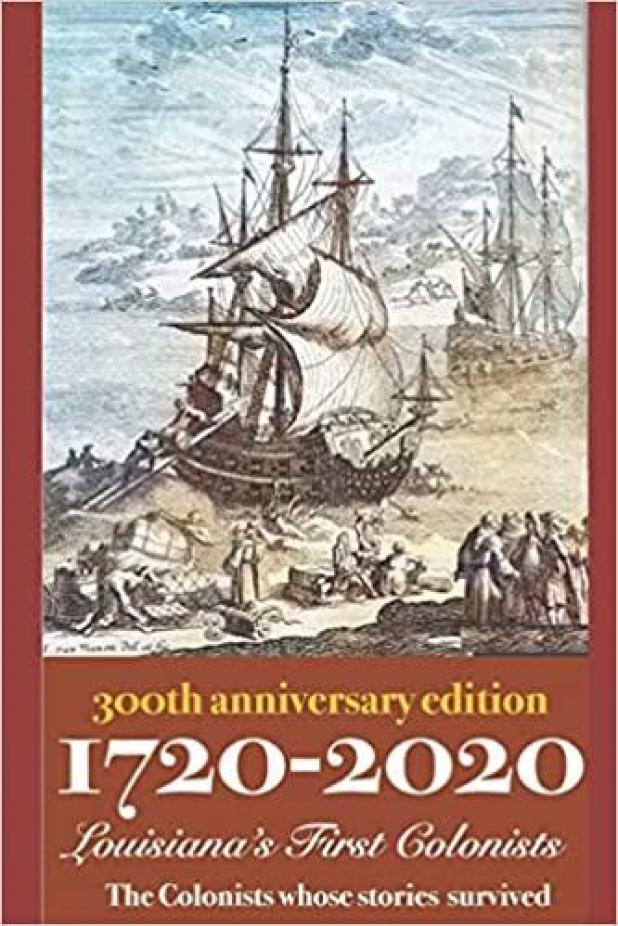 Mon, 11/23/2020 - 3:12pm
Series features honor roll of the founding families of each year of Louisiana Colonization

Some 300 years ago, the first major wave of a major immigration from France and Europe began to populate the vast colony of Louisiana. Over 40 ships sailed from France to Louisiana carrying families and soldiers.

Of the maybe 2000 who came between 1718-1719-20-21-22, only a few hundred had stories and or descendants strong enough to survive. Many of the surnames of those colonists are still familiar, three centuries later.

To commemorate the 300th year of their arrival, their stories have been published in book form, one book for each year in the planned five part series.

A comparative volume is also being published for each year the ships came, from 1719 to 1722. The ships were part of the John Law Company of the Indies, which established concessions or plantations alone the gulf coast and Mississippi River and contracted with Europeans to come to Louisiana to create working communities at these sites.

The books are of interest to Avoyelles as several of the families who came in this time period ended up in Avoyelles Parish in the 1780s.

The 1720-2020 and 1721-2021 Tricentennial commemorative book are available from shopavoyelles.com and from Amazon.