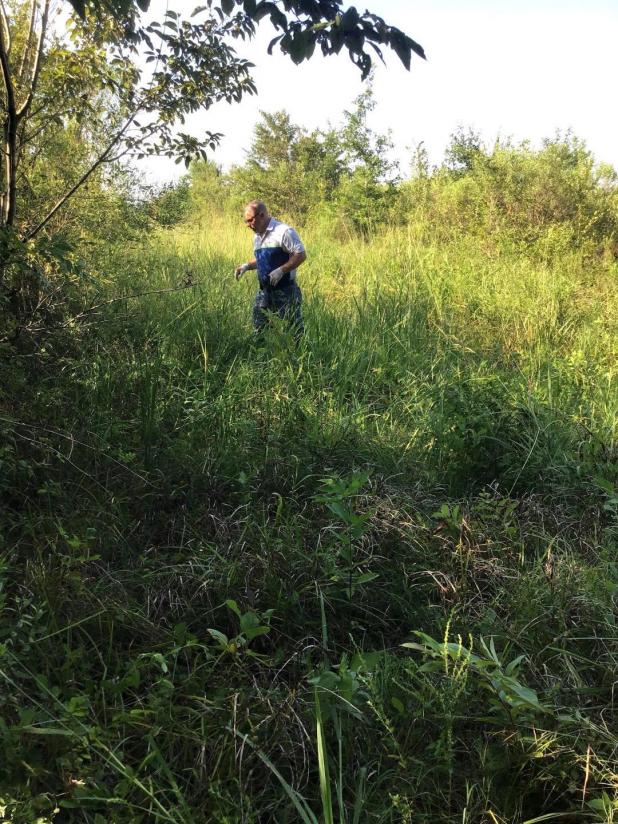 Dr. James Bordelon had only been on the job as an assistant coroner for a few months last year when he was sent to a remote area of Avoyelles Parish to investigate the discovery of the body of a murder victim. He succeeded long-time coroner Dr. L.J. Mayeux in January. In his first four months as coroner, Bordelon has investigated 166 deaths, including five homicides, two suicides and seven victims of coronavirus.

If television crime shows can be believed, the coroner's only job is to do autopsies on murder victims.

In his first four months as Avoyelles Parish coroner, Dr. James Bordelon was busy dealing with a variety of issues. Deaths -- natural causes, suicide, homicide and accidental -- were a large part of that workload. So too were mental health-related orders and investigations of sexual assault and abuse.

"This is a very busy office," Bordelon said. "I had an idea of what I was getting myself into before I took office because I worked with Dr. L.J. Mayeux as one of his assistant coroners for a year."

Bordelon said there can be days with no activity at all, and then a period with several deaths over a few days.

Reviewing the number of violent deaths, drug overdoses, sexual assaults and mental health issues related to drug and alcohol abuse, Bordelon could only say, "the world has definitely changed" over the past few decades.

The TV coroner may look at the body of someone who died unexpectedly of an apparent heart attack and say, "We won't know for sure until we complete a full autopsy."

Of course, in that case we know it wasn't natural causes or it wouldn't be on the TV show.

In real life, autopsies are not a routine part of a death investigation. Of the 166 deaths Bordelon investigated from January through April, 13 required autopsies.

Bordelon said coroners have the discretion of ordering an autopsy in most deaths. Local governments could not afford the cost if every death had to be cleared by autopsy, he noted.

State law requires autopsies for children and inmates. Bordelon said autopsies are ordered when there is possible criminal activity involved and in sudden, or suspicious, deaths with no obvious cause of death.

Bordelon said that even when an autopsy is not ordered, there is always a comprehensive investigation of every death to determine the cause of death and to secure forensic evidence needed in a criminal case.

Some homicides may not require a full autopsy. If the victim was stabbed to death, an investigation to confirm the type of blade used, number of wounds, etc., may be all that is needed. The cause of death is obvious.

If a victim has been shot, the coroner may have to do some surgical work to remove the bullet, determine the organs damaged, etc., as part of the investigation, but would not require a full autopsy.

The 166 deaths in the first four months included seven COVID-19 victims, five homicides, two suicides, four traffic fatalities, two infant deaths, four overdoses and the deaths of three state inmates. Bordelon said he conducted seven toxicology tests to determine if there were any drugs, alcohol or other substances in the blood of the deceaseds.

While criminal investigations may be the "exciting" part of the job -- helping police and prosecutors put away bad guys, bringing justice for society and giving a voice to the victims -- it is by far not the only task for the parish's chief medical officer.

Serving those struggling with circumstances related to mental illness is an important part of the coroner's daily responsibilties."

We wrote 19 'orders of protective custody' in the first four months," Bordelon said. "This is done when someone is homicidal, suicidal or gravely disabled."

Bordelon said there is a major problem with mental illness in the parish. Many of those cases are due to drug and alcohol abuse.

While he cannot say that Avoyelles has a bigger problem than other areas, he noted the parish "definitely has not been spared from those problems."

Many of those with mental illnesses are uninsured, so finding a place to send them for treatment is another challenge the coroner faces.

Physicians can issue an emergency order to have a person held for 72 hours for treatment or observation. If the person still seems to be a threat to himself or others, or is still in need of immediate treatment, the coroner can issue an order to hold him for up to a total of 15 days. For example, if the patient was held for three days under the physician's order, the coroner can extend that stay for another 12 days.

The Coroner’s office also handles all sexual assault, rape and child abuse/molestation cases.There were six cases in the first four months of this year.

Examinations are conducted by registered nurses with specialized education and training in medical forensic care of patients who are victims of sexual assault or abuse. The procedure is called SANE, which stands for Sexual Assault Nurse Examiners.

"The Coroner’s Office, St. Frances Cabrini Hospital and law enforcement work together to ensure all victims get the treatment they need during this time," Bordelon said.

Cabrini handles the examinations for a multi-parish region, Bordelon noted.

In addition to those investigation and examination duties, the coroner also oversees the medical needs for the parish jails and participates in all parish hazard and emergency response efforts.

It would seem a job dedicated to dealing with death, mental illness and sexual abuse would have little appeal, especially to a man with a full-time surgical medical practice and duties as hospital chief of staff at Avoyelles Hospital. But Bordelon sees his office's work as critically important to the parish and its people, and said he is dedicated to "preserving the integrity of every death investigation, exercising regulatory control of mental health issues in this parish and making sure the proper workups are done for every sexual assault, rape and child molestation case that is reported."

His office doesn't have just one case to work on that can be resolved in less than an hour, like his TV counterparts. However, there are many in the parish already who can attest to Bordelon's and his assistants' work on their behalf.

In most of those cases, the circumstances deal with the kind of tragedies that no family should have to endure, but require trained professionals dedicated to seeing that an unpleasant task is completed to bring the guilty to justice, peace of mind to a grieving family and needed help for the mentally ill.