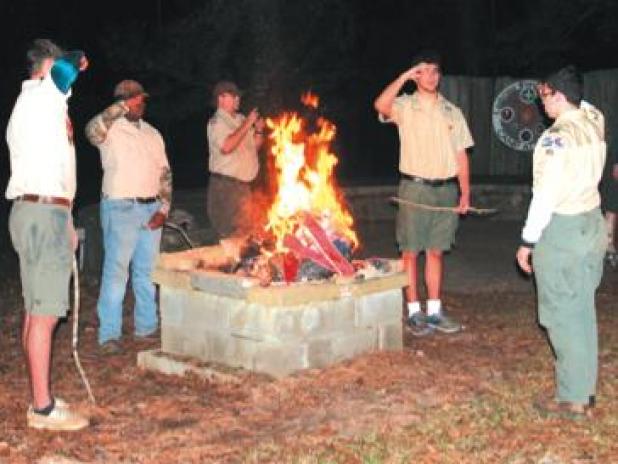 A lesson in Flag Day etiquette

Flag Day, June 14, centers us on the most iconic American symbol that keeps on flying in the best of times and the worst of times.

Every day I pass a house that has a faded, ragged and torn American flag with a corner that’s caught on the porch line of the house. It’s sad and sorry state brings to mind the proper care, display and disposal of our United States flag.

We know that the flag is flown from sunrise to sunset on flag staffs in the open but did you know the flag can be flown at night if it’s illuminated, which produces a patriotic effect.

If a flag is hung vertically the Union or blue section should be to the observer’s left.

Our American flag is so important and special to our country the flag code is direct, specific and quite detailed to cover every situation where a flag would be displayed.

And yes, one can wear flag clothing, unless the article was made from an actual flag. Wearing clothing with the red, white, blue and stars and stripes is just a way to express patriotism.

A very abbreviated explanation of how Flag Day came to be celebrated, in my verbiage, goes like this.

There was this teacher in Wisconsin back in the late 1800s who decided his pupils should observe ‘Flag Birthday” on June 14 because that just happened to be the 108th anniversary of the official adoption of the Stars and Stripes. So they did.

Between that time and Aug. 3, 1949, when President Truman signed an Act of Congress to make June 14 National Flag Day, there were a bunch of people pushing for it.

And that is definitely the short of it.

There are lots of ways to celebrate this official non-holiday.

First and foremost is to fly the American flag. If you don’t have one, think about investing in one. Nothing completes the curb appeal of a house more than an American flag flying in the breeze.

I grew up with a father who flew the flag every day of the year. If the flag wasn’t flying on our front porch, it was probably the day he died.

Another way to commemorate Flag Day is to attend a ceremony, if there’s one around. In French Creole Avoyelles the French flag gets a celebration on Bastille Day.

June 14 can be commemorated with a barbeque, invite neighbors, have a flag cake as the guest of honor, throw in an impromptu patriotic pageant. It’s Avoyelles Parish where instant food and fun are always in order.

Another suggestion is attend a flag retirement ceremony.

According to David Boe of Mansura, longtime Boy Scout leader, that is the proper way to describe disposing of a flag that has become less than presentable. David actually used the phrase “flag retirement by incineration.”

Saying ‘flag burning’ has a negative connotation. The United States Flag Code, Title 4, Sec 8k states “The flag, when it is in such condition that it is no longer a fitting emblem of display, should be destroyed in a dignified way....”

I have been present at a flag retirement and was very impressed with the ceremony. The flag is just not tossed in a fire, there is an actual procedure to show the respect we hold for our American flag.

“Oh say does that star-spangled banner yet wave, o’er the land of the free and the home of the brave.”