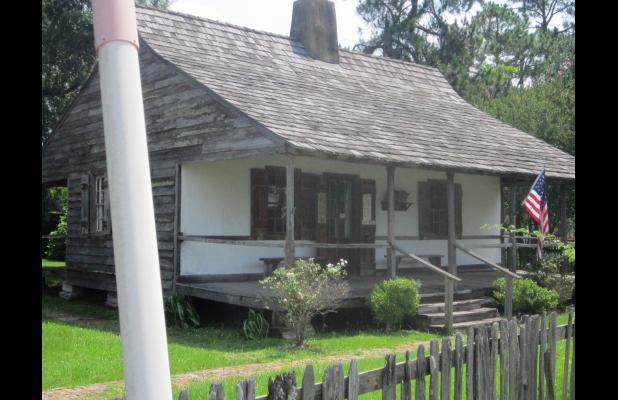 Hypolite Bordelon Home & Museum, built 1790-1820, is one of the parish’s oldest structures. The tourist attraction is owned by the City of Marksville. The city recently completed minor repairs and improvements to address visitor safety and fire safety concerns. {Photo by Raymond L. Daye}

One of Avoyelles’ oldest structures will receive some attention to address safety concerns, but the City of Marksville will not be able to make any major repairs or improvements.

It seems the city doesn’t have any spare 200-year-old colonial homes on hand to provide parts to repair the historic structure.

The City Council was told last month there were some fire safety issues with the 200-year-old Hypolite Bordelon Home Museum, which was recently reopened for daily tours.

There were also comments that the porch railing and some boards may need attention.

A “wobbly” railing will be braced in such a way as to provide safety without compromising the home’s colonial architectural appeal.

The city will not be upgrading the site’s electrical system or other improvements that have been suggested.

Garrot said the main problem with any remodeling of a colonial-era building is “you can’t put new wood in there because it would look horrible.”

The structure does not meet modern standards that would allow it to be insured, Garrot said.

Even if it could be insured and it were destroyed by fire or storm, “you can’t replace something like that,” Garrot said.

He noted the building’s value is not financial, but historical.

The city can’t buy a nice metal building with all the modern amenities for its visitors and call it the Hypolite Bordelon Home, he noted.

There is only one Hypolite Home and the city will try to keep it safe and presentable for tourists for as long as it can.