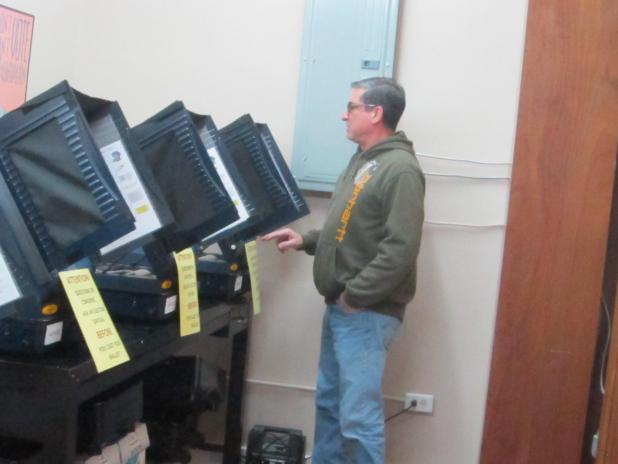 There has been very little excitement about the upcoming Dec. 8 election. As of mid-day Thursday, only about 300 voters had come into the Registrar of Voters Office to take advantage of the early voting option.

With only one School Board district runoff in the Marksville area, those hoping for a decent voter turnout have to rely on a contest between interim Secretary of State Kyle Ardoin and former East Feliciana Parish deputy clerk of court Gwen Collins-Greenup.

No offense to candidates or to the importance of the position, but in the best of political years, the secretary of state’s race is a snoozer.

Besides which, the winner of the School Board District 1 runoff between political newcomers Marian Jacobs Gonzales and Latisha Small will have more impact on residents of Avoyelles Parish than who sits in the secretary of state’s office.

Voters in the Bunkie area will see the names of candidates Lizzie Ned and Chris Robinson on the ballot. However, Ned has withdrawn from the race and Robinson has been declared the winner.

That leaves a three-proposition package of parishwide taxes, presented by the Police Jury, as the main attraction to the polls during this past week’s early voting and for the upcoming Dec. 8 election day.

Since this past summer, the Police Jury has been talking about the need to pass a combined tax proposal that included renewal of a 1-cent sales tax and approval of a new 8-mill property tax.

The intent was to be an “all or nothing” gamble on the jury’s part. The rationale was that without the new property tax, the parish will be unable to do what it needs to do to control garbage collection and disposal costs into the future.

Unfortunately for that plan, when the ballot was printed the three-part proposition became three separate propositions, each one with a “yes” and a “no” box next to it.

This means voters can vote “yes” or “no” for one, two or all three parts of the tax package.