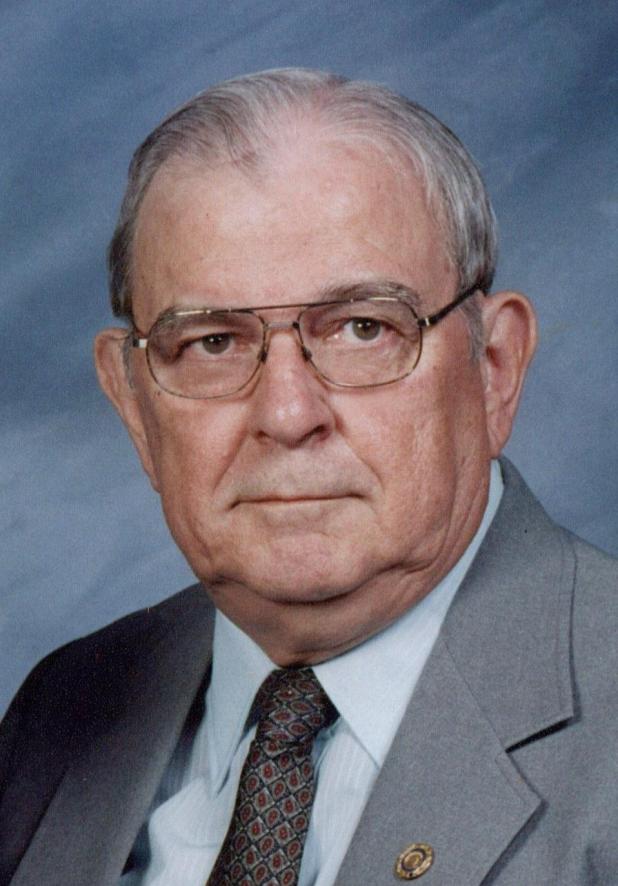 Cleveland Smith
EUNICE- A memorial service for Cleveland Smith will be held at 10 a.m., Wednesday, January 18, 2017 in the chapel of Ardoin’s Funeral Home of Eunice. Interment will take place at the Chataignier First Baptist Church Cemetery.
The visitation will be from 5:00- 9:00 p.m., Tuesday, January 17, 2017 at Ardoin’s Funeral Home in Eunice, and again on Wednesday, January 18, 2017 from 8:00 a.m. until time of services.
Cleveland Smith, 87 passed away peacefully in his sleep at his home on Saturday, January 14, 2017. He was born near Eunice on March 6, 1929 to Amanda and Mayo Smith.
After graduating from Eunice High School and working for a year in the oil field industry, he attended McNeese College for two semesters before transferring to S.L.I. (now known as University of Louisiana at Lafayette.) He received a B.A. Degree in Accounting and an R.O.T. C commission as a Second Lieutenant in the Air Force.
Following his graduation from S.L. I., he attended the New Orleans Theological Seminary and graduated in 1956 with a major in History and Theology. Subsequently, he pastored two churches in South Louisiana: The Trinity Baptist Church in New Iberia and the First Baptist Church in Franklin.
In 1970, Cleve made a career change and became employed as a special agent by the New York Life Insurance Company. He obtained his Chartered Life Underwriter designation and completed twenty highly successful years in the insurance business before retiring in 1990. He was a consistent leader in the production of life and health (individual and group) insurance on the local, regional and national levels.
Cleve was very active in the Rotary Club for over forty years. He served as President of the Rotary Club of Eunice, received the Rotarian of the Year Award twice and was the Governor’s Representative. He was an avid collector of coins and antiques. He especially enjoyed harvesting and processing pecans. He became an expert on anything concerning pecans. Cleve was also very interested in genealogy and published two books of genealogy on the Fruge’ and Smith families.
Cleve was married to Dorothy Eugenia Compton, an elementary school teacher with a Master’s Plus 30 Hours Degree, for 39 years. She retired in 1990 after completing 27 years of classroom teaching. She was diagnosed with A.L.S. (Lou Gehrig’s Disease) and died in December 1990.
Cleve and Eugenia were the parents of four boys: David, Michael, Keith, and Darryl. He subsequently married Dorothy Cooley Wolff of Bunkie. Dorothy is retired from the Health Care field.
He was preceded in death by his mother, Amanda Fruge’ Smith; his father Mayo Smith; Eugenia Compton Smith (mother of his four sons), and brother , Roland Smith.
Left to cherish his memory is his wife of 25 years, Dorothy Wolff Smith; his four sons, David (Robin) Smith of Eunice, Michael (Pam) Smith of Lafayette, Keith (Vicki) Smith of Mandeville, and Darryl (Melanie) Smith of California; two step-daughters, Pam Wolff Riche of Bunkie, and Deirdre Wolff (Doug) McCoy of Bunkie; 14 grandchildren; and six great-grandchildren. He is also survived by his sister, Mavis Ivey of Lake Charles.
Serving as pallbearers will be his grandsons.
In lieu of flowers, it is requested that memorials be made to the Acadian Baptist Center, 1202 Academy Drive, Eunice, LA 70535 or to the charity of your choice.
Family and friends may view this obituary and sign the guestbook at www.ardoinfuneralhomes.com