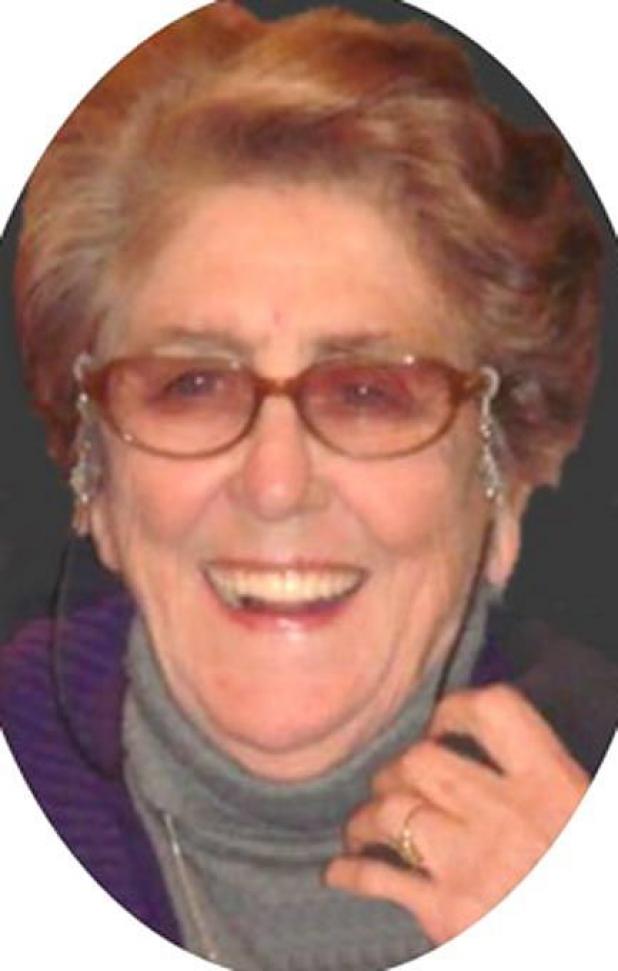 Hermean Lemoine Dunbar
MARKSVILLE -Funeral services for Hermean Lemoine Dunbar will be held at 12 noon on Sunday, January 8, at St. Joseph Catholic Church in Marksville. Burial to follow at St. Joseph's Cemetery #2.
Visitation will be held at 5 p.m. until 10 p.m. on Saturday January 7, 2017 at Hixson Brothers in Marksville and will resume on Sunday, January 8, at 8 a.m. until shortly before service time. A rosary will be recited at 6 p.m. on Saturday.
"Thousands of candles can be lit from a single candle, and the life of the candle will not be shortened. Happiness never decreases by being shared." Buddha
Hermean Lemoine Dunbar's brief candle went out on Wednesday, January 4, 2017. She was right where she most wanted to be at this ultimate moment: in her home, surrounded by many members of her large and loving family. Born in Marksville on April 2, 1927, Hermean lived, loved and laughed for 89 years. She strived to serve her community through her work as a Catechism teacher, Boy Scout den mother, volunteer and costume maker. What she was most proud of, though, was the business she started out of her garage in 1959, Germean’s Flower Shop. Along with her sister, Geraldine L. Voinche, (they combined their names, Geraldine and Hermean, to name the shop Germean’s), she began a thriving business which is still operating, now under her daughter Lynn and son-in-law Charles Laborde's hands, who she trained so well. Hermean had a natural, instinctive artistic ability--she looked out at Nature and saw nothing but possibilities for Beauty. Her hands were always moving, as she would excitedly describe what she would do with this flower or limb or touch of green. She painted, stretched, wired, and bent whatever material was at hand, as she created what she thought would uplift, inspire and make others happy. She lit many many candles and never feared that hers would be diminished; in fact, she believed it would only be made brighter through her loving.
Something must be said, too, about her family. She lived for all of them, without pause or hesitation. She would always tell us to remain close and support one another through all of life’s challenges. She and J.T. modeled their lives around two biblical parables: The Prodigal Son, and the Lost Sheep. (A painting of the Lost Sheep hangs above her bed). They both lived these stories out in their lives and never wavered.
Hermean was preceded in death by the love of her life, John Thomas Dunbar Sr.; parents, Herman Lemoine and Annie Nick Lemoine; and eight brothers and sisters.
Left behind to carry her light are her seven children: Shelia (Eriks) Lusins of Baton Rouge; John Thomas “Tommy” Dunbar of Marksville, Rachel Tuma of Marksville, Daniel Dunbar of Houston, Texas; Lynn (Charles) Laborde of Marksville, Glynn (Linda) Dunbar of Phoenix, Arizona and Robert (Amy) Dunbar of Marksville; 21 grandchildren; and 17 great-grandchildren.
Pallbearers will be her grandsons, Adam Tuma, Jeremy Dunbar, Jerod Foche Dunbar, Colin Dunbar and Mason Dunbar. Honorary pallbearers will be Jake Dunbar, Dillon Dunbar, Peyton Dunbar, Cole Milligan, Stephen Baldovin and Matthew Gorham.