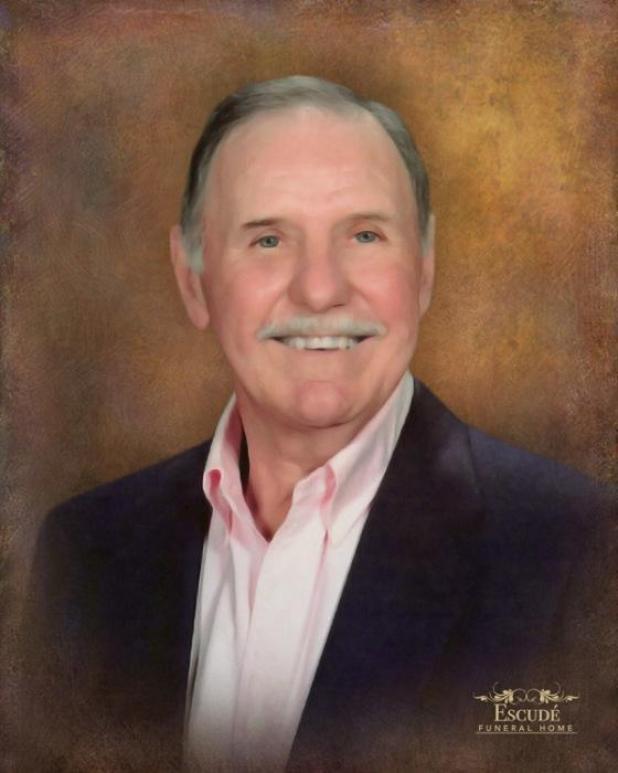 Funeral Mass for James “T-Jim” Moreau of Cottonport will begin at 11am on Monday, December 2nd, 2019 at St. Mary’s Assumption Catholic Church of Cottonport with Fr. John Wiltse officiating and being assisted by Fr. Derek Ducote, Fr. Walter Ajaero, Fr. Jacob Thomas, and Fr. Anthony “Raj” Dharmaraj. Entombment will be held at the St. Mary’s Assumption Catholic Mausoleum No. 2.

“T-Jim”, age 81, passed away on Wednesday, November 27th, 2019 at his home in Cottonport. T-Jim was a well-known business man who was the owner and operator of T-Jim's Grocery and Market in Cottonport for 55 years where he made a name for himself with his homemade sausage, boudin, and other Cajun projects. Cottonport High School was his alma mater, here he played football, basketball, and ran track. Upon graduating he attended ULL for a short time when he began sales, he also was a member of the US National Guard for 8 years. He loved people and worked at Baker's Shoe Store and Goudeau Tobacco Company. While working at Goudeau Tobacco, he had the opportunity to purchase a small grocery and bar. This was the beginning of his career as a successful business man for the next 55 years.

He was a lifetime member of the Knights of Columbus Council 1199 and was a past member of the Parish Council of St. Mary's Church. His passion was duck hunting was followed by squirrel hunting. He was a member of Grand Lake Rod and Gun Club where he enjoyed fishing and cooking for his friends and fellow hunters. He had a love for horses, and always owned at least one for all his life. His favorite holiday was Easter when he enjoyed pocking eggs. He is credited with beginning the first annual Egg Knocking Contest in Cottonport in 1955 and hosted it for 5 years.

He was preceded in death by his 2 infant daughters, Michelle Ellen and Nicole Gerise and his parents Dennis and Adele Ducote Moreau.