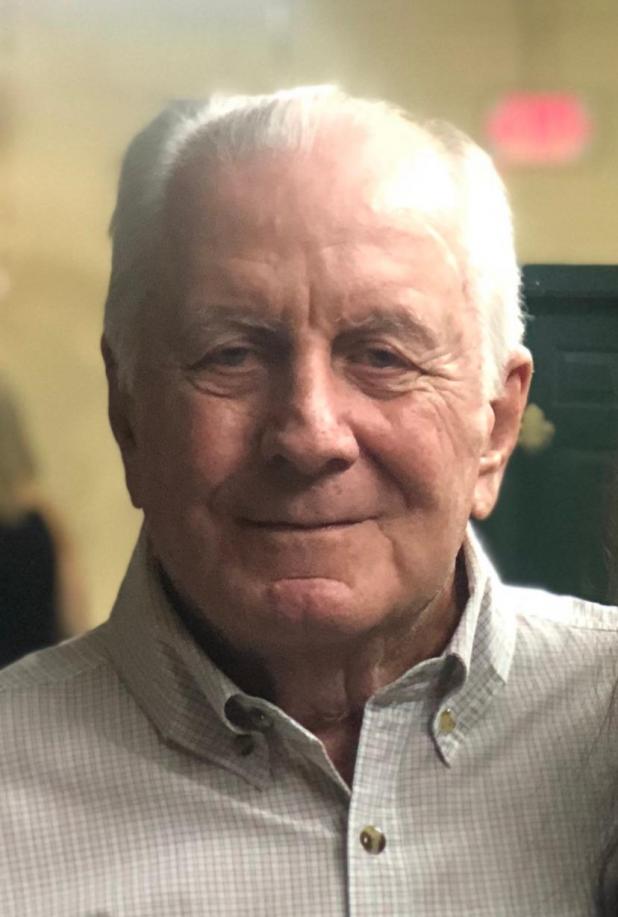 James Moreau, age 82, passed away on January 12 in Hessmer, LA after a courageous battle with cancer.

As a lifelong member of St. Alphonsus Catholic Church in Hessmer, Jimmy’s early service in faith began as an altar boy. St. Alphonsus was a focal point in the Moreau family and his father’s entire family was in membership. Stories were told throughout the years of countless family gatherings filled with fun and mischief when the Moreau first cousins –Jerry, Jimmy, Nathan, Charles, Elbert, Joel, Wayne, Alan, Doretha, and Inez- convened, boys in white shirts, after church on Sundays at Papa TM and MaMa Inez’s house playing plot au’ throe. As he aged to mid life, Jimmy and Melanie’s family home, just a few yards from his grandparents’, became the Moreau-Robin family gathering place to celebrate sacraments, holidays, and special occasions that continue to this day. Mama D and Papa D (Descant) were equally present in his faith and family formation. Their family in Dora Bend was ever expanding and always set an extra place for the priest. Monsignor Carson LaCaze (deceased) served his initial associate pastoral assignment at St. Mary’s Assumption in Cottonport and often-enjoyed family gatherings with the Descant’s, leading to a lifelong friendship with Jimmy.

Jimmy played music at 14 in dance bands often at England Air Force Base. Upon graduation from Hessmer High School, Jimmy’s enrolled in Southwestern Louisiana Institute (now UL-Lafayette) and graduated with a Bachelor of Arts in Music Education. He later completed a Master’s of Science and 30+ at the same campus then named USL. He encouraged his children to expediently attain higher education and saw each of his children complete a Bachelor of Science Degree. In his lifetime, Jimmy was a member of Woodmen of the World, the American Angus Association and state affiliate, and the Louisiana Music Teacher’s Association and parish affiliate.

Jimmy’s first teaching assignment was at Simmsport High School in 1959. His teaching posts in Avoyelles Parish School Board included Plaucheville High School, Marksville Elementary and High School, Fifth Ward High School and Hessmer High School. He served as guest conductor for Avoyelles Honor Band and Summer Band Camp at the Louisiana Department of Education Youth Center for many years. His musical talent was touted by Avoyelles Arts Council as guest conductor for Les Bon Tempt production of The Sound of Music and other musical events around the parish. During his tenure as an educator, he worked at developing and growing Water Oak Angus Farm alongside his father-in-law, Clarence Robin. As a strong supporter of Future Farmers of America and Avoyelles 4-H, Jimmy was known for nurturing students and their families with selecting, exhibiting and breeding Angus cattle. He was a member of the American Angus Association and the Louisiana affiliate and was recognized for the state’s largest Registered Angus herd in his early membership. With his son Robin and grandsons Dustin and Jamie, he kept his grandchildren in Angus cattle exhibit competitions across the state and extended that opportunity for interested students outside of the family kinship.

Following his retirement as an Avoyelles music teacher in 1981, Jimmy entered the private sector and worked as a Sales Manager for Global X Ray and Testing including management of the business branch in New Iberia, Louisiana. He served as an alderman for the Village of Hessmer and as a member of the Avoyelles Parish School Board. His strong interest in education continued in his last decade of life as he invested in support of Public Charter Schools.

The Moreau family would like to express sincere gratitude and appreciation to the countless medical providers that have cared for Jimmy through his lengthy health battles to include Dr. Kevin Bordelon and his staff, Kindred Home Health staff, Avoyelles Physical Therapy, Dr. James Bordelon and staff, Avoyelles Hospital, Hessmer Nursing Home and the entire staff of dedicated caregivers, with special thanks to Cordell Walker, Dr. LJ Mayeux and All Saints Hospice along with Father Edwin Rodriquez for the many prayers, blessings and support during this journey.

Services for Jimmy include visitation at Hixson Brothers Funeral Home 445 West Bontempt Street Marksville, LA from 8:00 to 9:00 a.m. for the family, then 9:00 for anyone following COVID protocols on Friday, January 15, 2021. Funeral services are to follow immediately at St. Alphonsus Catholic Church 3659 Main Street Hessmer, LA at 12 o’clock noon with burial in St. Alphonsus Mausoleum. Pallbearers will be Dustin, Jamie, and Chandler Moreau, Thomas and Bradley Guillory, and Cody Middlebrooks.