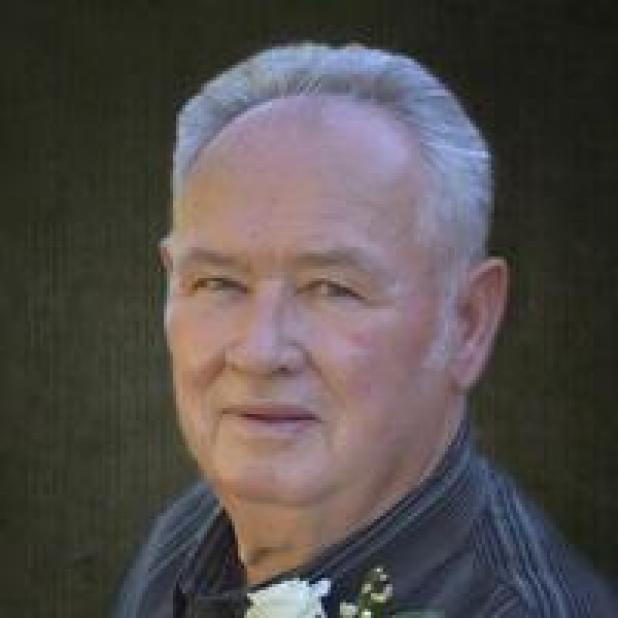 John Dewey Hicks, 77, of Big Cane, LA, passed away at his residence on Thursday, September 17, 2020 with his family at his side.
John spent a happy childhood in Lebeau, LA with his mom and dad, ten brothers and sisters and many assorted cousins and friends that were always welcomed into the family to stay a while!!
He, along with his brothers and sisters, worked hard helping their dad plant and harvest crops of cotton, sweet potatoes, corn, etc., and raising animals. He and his brothers also enjoyed the freedom of roaming and exploring the woods around their home, hunting and fishing and swimming in the many ponds, water holes and bayous nearby.
After John graduated high school in Palmetto, LA, he enlisted in the National Guard; then into the United States Army. He spent a year in Vietnam, earning the Commendation Medal for Meritorious
Service.
John was a member of the Local 406 of the International Union of Operating Engineers for many years, helping install pipelines all over the United States for 18 of those years. His real love was working on the farm, planning and harvesting, working on farm equipment, cutting and bailing hay, and checking on the animals. He was also a “Jack of All Trades”, able to do anything that needed doing, or repairing anything that may be broken!!
He was a strong, soft spoken, honest, Christian man, who loved his Lord. His handshake was his bond. If you were lucky enough to become his friend, you had a friend for life! He was a loving husband, father, grandfather and great-grandfather.
John is survived by his wife of 54 years and 7 months, Norma Dean Massey Hicks; two sons, John Daniel Hicks and wife Kristin of Tunisia, Africa/Auburn, AL, Michael Chad Hicks and wife Veta of Sweeney, TX/Big Cane, LA, one daughter, Dawn Elizabeth Hicks Quirk and husband Richard of Arnaudville, LA; 10 grandchildren, Nathan Daniel Hicks, Courtney Quirk Knott (Kalen), Braxton Tyler Bordelon, Caleb Joel Hicks, Courtney Jade Hicks, Baily Elissa Bordelon, Wesley Melville Hicks, Colin Tate Hicks, Ross Colby Quirk and Sarah Grace Toler; and two great-grandchildren, Eric and Eli Bordelon.
He is also survived by three brothers, Leon Hicks and wife Virginia of Denham Springs, LA, Milburn Lloyd “Buddy” Hicks and wife Betty of Dupont, LA and Felix Hicks and wife Carol of Big Cane, LA; five sisters, Betty H. Dupre of Kingston Springs, TN, Marie H. Soileau of Walker, LA, Nora H. Wise and husband Winston of Mora, LA, Charlotte H. Taylor and husband Donnie of Prairieville, LA, and Beatrice “Sugar” H. Chatelain and husband Ivan of Baton Rouge, LA; and sister-in-law, Shirley A. Hicks of Walker.
He is preceded in death by his parents, James Murrell and Beatrice Chelette Hicks; and two brothers, Donald Douglas Hicks and James M. “Jim” Hicks, Jr; and brother-in-law, Harvey Dupre.
Your life was a blessing; your memory a treasure. You are loved beyond words and will be missed beyond measure.
Please join us in celebrating the life of John Dewey Hicks at Big Cane Baptist Church on Tuesday, September 22, 2020 with the Rev. Matt Tullos officiating. Burial will follow with military honors in the church cemetery. Visitation will be held on Monday from 5:00 p.m. until 9:00 p.m. and resume on Tuesday from 9:00 a.m. until the time of service at 12:00 noon. Arrangements are under the direction of Hixson-Ducote Funeral Home of Bunkie.