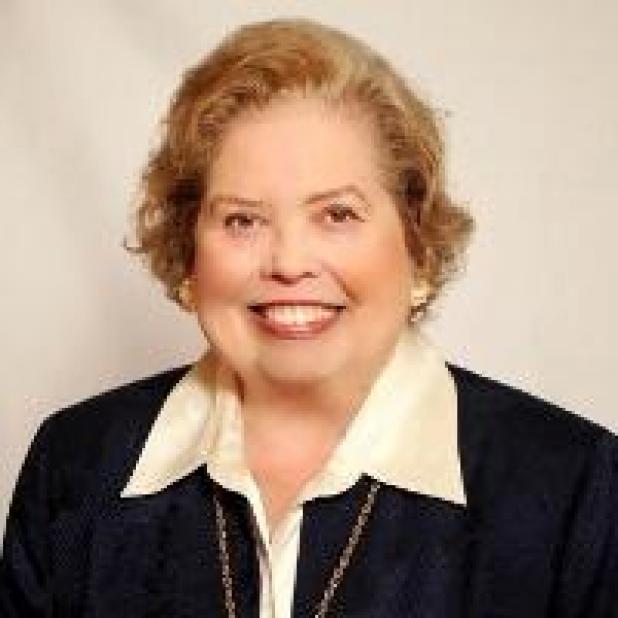 Parents, Velma Fletcher and James Herman Madden, and brother, Jimmie, escorted Martha through the Gates of Heaven on Tuesday, July 30, 2019.

Martha graduated Valedictorian from Arcadia High School before entering Southern Methodist University where she was initiated into Zeta Tau Alpha Sorority. She completed her Mathematics baccalaureate in three years and followed the footsteps of her grandmother and mother in academia.

Working as a math teacher by day, she reentered SMU graduate school and secured a degree in counseling in a brief period. Martha was the youngest counselor in the Dallas Independent School System. While attending a counseling conference at Stanford University, Martha toured the campus. Martha was invited to join the Stanford Dean of Students staff.

In 1967, Martha returned in Louisiana to Monroe where she was Dean of Women at Northeast Louisiana University, the youngest Dean of Women in the south. Martha had the patent on a crested Zeta Tau Alpha candle. While Dean, Martha introduced campus speakers, one of whom was famed psychic and astrologer, Jeane Dixon. Ms. Dixon told Martha that one day Martha would work for her in Washington, DC. Martha told Ms. Dixon that she didn’t have any plans to go to Washington, DC. But that later changed.

Martha took a leave of absence as Dean in 1970 to serve as dean of students with the World Campus Afloat program. She was third in command at the floating university which took 500 students each semester to over 50 ports of call. She traveled more than 1 million miles worldwide presenting papers and lectures. Martha’s travels began with her parents to Washington, DC and New York City when she was 16 years old. In 1960, she attended the New York World’s Fair. This experience provided Martha with the insight to spearhead the Women’s Pavilion of the World’s Fair in New Orleans decades later.

Still on a leave of absence, Martha fulfilled part of her interest in politics by becoming a congressional aide to one of Louisiana’s Congressmen. While in Washington, DC, Martha assisted Jeane Dixon and her husband with their real estate business among other ventures. Martha was a Board Member for the Jeane Dixon Foundation for Children.

At age 41, Martha ran for the 4th Congressional District. After a congressional loss, Martha headed to Baton Rouge to lead the Louisiana Talent Bank for Women from 1979 to 1985 and then formed her first company, Madden Management Consultants from 1985 to 1987.

In 1987, Martha was selected by then Governor Edwin W. Edwards as the Secretary for the Department of Environmental Quality. While Secretary of DEQ, Martha developed an environmental agenda to the 21st century and, she wrote legislation to establish a Consortium of Louisiana Colleges and Universities to obtain $10.1 million in grants. For the first time in a decade, gypsum waste was no longer being dumped in the Mississippi River. Martha participated in developing the first emergency response program in the United States. She developed and taught a Continuing Education course on the environment at the University of Southwestern Louisiana. She made a conference call “appearance” on the Johnny Carson Show based on her turning back the Mobro 4000 from dumping 3000 tons of New York City trash in Louisiana.

While at DEQ, she created a paid opportunity for 12 classroom science teachers to call Baton Rouge home for three months in the summer, researching and writing three volumes of environmental education lesson plans that were distributed to all parishes in the state. The three volume environmental lesson plans and experiments for elementary and high school students won the Louisiana Wildlife Federation 1987 Environmental Education Award.

Martha continued her career in the Louisiana Governor’s Office as the Small Business Assistance Ombudsman followed by a return to academia as a Clinical Associate Professor of Public Health, Department of Environmental Science, Tulane University Medical Center.

Washington, DC called again. Martha served as special assistant to the U.S. Department of Energy, Office of Civilian Radioactive Waste Management and, corporate vice presidents of business development for several Fortune 500 companies. Ms. Madden returned to a self-owned consultant business after serving at the U.S. Department of Energy. In 2005, Martha was inducted into the Louisiana Center for Women in Government and Business Hall of Fame at Nichols State University.

Ms. Madden created a fund for the Northwestern State University Foundation to support the Cammie G. Research Center at NSU’s Eugene P. Watson Memorial Library. Since 1987, Madden, former secretary of the Louisiana Department of Environmental Quality, donated her papers, books and pictures to NSU. After leaving state government, she has added extensive materials that encompass her lifetime of public and private sector service. Many of her materials document the history of Louisiana’s and the United States’ efforts to meet the education and environmental challenges. Martha was awarded an honorary doctorate of humane letters from NSU.

Refusing to slow down, Martha obtained her Retirement Counselor credentials to go along with her first book, Gap-Time (the time before and after an actual retirement date). She had no intention of “retiring” and certainly could coach others into a satisfying second phase of their lives. Utilizing her wealth of experience in the world of work, Martha crafted her second book, Subtle Expertise to aid both students, employees, and employers incorporate civility in classroom and business environments.

Martha was an entrepreneur, developing a subdivision of water-front lots on Toledo Bend called Madden Cove embracing her love of fishing, golfing, and tennis playing, enjoying the company of dear friends and family. Martha returned to Louisiana to enjoy the food, her family, and good friends all the while continuing her consulting business.

A memorial service will be held at First United Methodist Church, Aldrich Chapel, located at 930 North Boulevard, Baton Rouge, LA at a later date. Condolences may be expressed to The Fletcher Family -147 Goux Road, Bunkie, LA 71233 or online at www.melanconfunerals.com