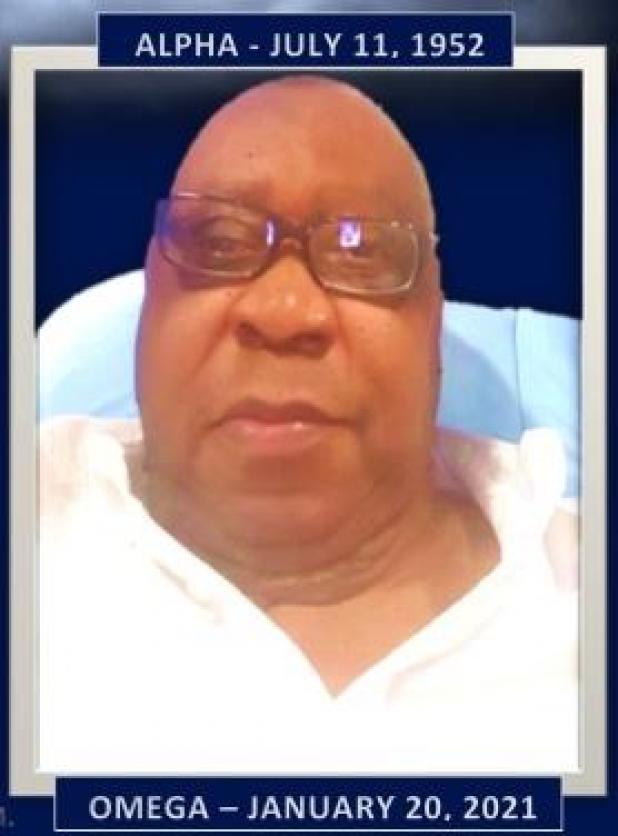 Funeral services for Michael Louis Francois will be held Varette Funeral Home in New Roads on Saturday, Jan. 30. Public viewing is from 9 to 10:30 a.m. with private services following.
Michael Louis "Bo Pete" Francois was born July 11, 1952, to the union of Mr. and Mrs. Willie "Tigg" and Lettie "Kate" Francois of Lettswoth. Michael accepted Christ and was baptized at the age of 12, by the late Rev. Ed Henry at the Tree of Life Baptist Church, where he served in the senior choir as a tenor. He spent the last ten plus years in The Bayou Chateau Nursing Center in Simmesport and departed his life on January 20 at Rapides Medical Center in Alexandria.
Francois graduated from Batchelor High School where he became drum major of the marching band and played basketball for four years, he indeed loved the sport. During the summer, he would practice for hours and hours in the backyard, where he earned the nickname "Pistol Pete Maravich" by his high school teammates.
Michael furthered his education at Southeastern University in Hammond where he received his Bachelor's degree in Business Management. While there, he and some friends formed a band where they performed gigs on and off the campus. He often said they were going to become the next group "The Temptations." He was then employed by the Army Corps of Engineers for over 20 plus years until he was hurt and unable to work.
Michael bought a navy blue pinto, his first car and he taught for of his siblings how to drive. He enjoyed doing that more than anything. He loved telling Bible stories, but his favorite story was about Zaccaeus and the sycamore-fig tree. How Zacchaeus, being a chief tax collector, climbed up because he was too short and wanted to see Jesus over the crowd. Michael must have told that story a thousand times to whomever would listen. It was like the move 40 First Dates. But each time he told it, his face would light up and he would laugh. So we gave him the nickname "The Professor" because Mike knew the Bible well. He was the only person we knew who would sleep with his eyes opened. Until this day, we never understood how he could do that. His favorite breakfast was gifts, two strips of bacon, and two scrambled eggs every day. He was never a big eater. He always said he was watching his weight.
Growing up as a child, Michael loved the show "The Rifleman," he played Lucas MacCann, while Elouise and Gwen played Mark. He also enjoyed playing marbles and shooting pool.
Michael leaves to mourn his home going, yet cherishing his memories, nine siblings: Elizabeth (Clarence) Batiste of Simmesport; Viola (Cecil) James of Hammond; Willie Francois, Jr. of Lettsworth; Clementine (Samuel) Rushing of Elgin, Illinois; Elouise (Herbert) Davis of Baton Rouge; Gwendolyn (Fred) Selmer of New Orleans; Abbiegale Francois of Baton Rouge; Melissa (Kyle) McKenny of New Orleans; Timmy (Mary) of Baker; one godchild, Paul (PJ) Williams; six nieces, Olivia, Evelyn, Tamara, Temella, Angela and Kimberly; two great-nieces, Kimoni and Ki'lyn and a host of other relatives and friends.
He was preceded in death by his parents, Willie Francois, Sr. and Lettie Draper Francois; half-brother, Henry Francois; grandfather, Leslie Draper, Sr. and grandmother, Lou Jane Draper.
We loved him but God loved him best.