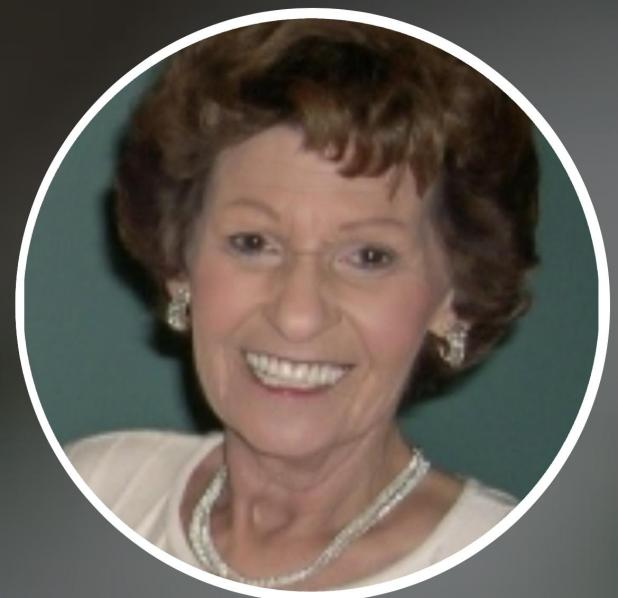 Our beloved “G.G.”, Shelver W. Eddy, passed peacefully on August 29, 2020 at the age of 81. She was a resident of Marksville, LA and a native of Lafayette, LA. She entered this world on Valentine’s Day, February 14, 1939. After attending high school and cosmetology school at the same time, she received both diplomas and her cosmetology license in 1957. At the young age of 18, she formally opened “Evangeline Beauty Shop” in her father’s furniture store on Stewart Street in Lafayette, LA.
In that same year, she danced into the heart of Bob Eddy, who would become her faithful and loving husband of 62 years, on May 25, 1958, at St. Genevieve Church in Lafayette, LA. Following their marriage, she chose to be a stay at home Mom so she could care for her husband and 4 children. Those close will joyfully remember her by “G.G.”, which originated when her first grandchild was born.
She had a vivacious personality that filled any room she entered. She was known for being a great cook and enjoyed entertaining with a welcoming spirit. She had many talents and hobbies including sewing, bridge, tennis, and painting. Most importantly, she shared a love of dancing with her husband for all 62 years of their marriage.
She will be lovingly remembered by her devoted husband and caretaker, Robert Eddy, Sr.; four children, Rob Eddy (Toni), Cindy Orcino (Lyle), Joan Dunbar (J.T.), and Paula Baker (Chris); ten grandchildren: Braden Eddy, Kate Eddy, Avery Eddy, Bill Edwards (Tiffany), Lauren Yarbro (David), Dillon Dunbar (Alayna), Jake Dunbar (Sydney), Jordan Dunbar, Brandi Rodgers (Zane), Blaine Baker; five great grandchildren; and expecting two great grandchildren. She is also survived by her sister, Margaret Anderson; and her brother, Don Willingham (Carrie).
Preceded by her passing are her parents, Rodney and Estelle Willingham; her brother, N.D. Prejean; her brother-in-law, William Anderson; and her father-in-law and mother-in-law, Remy and Angeline Eddy.
A private funeral service for her family will be scheduled and handled by Hixson Brothers Funeral Home in Marksville, LA.