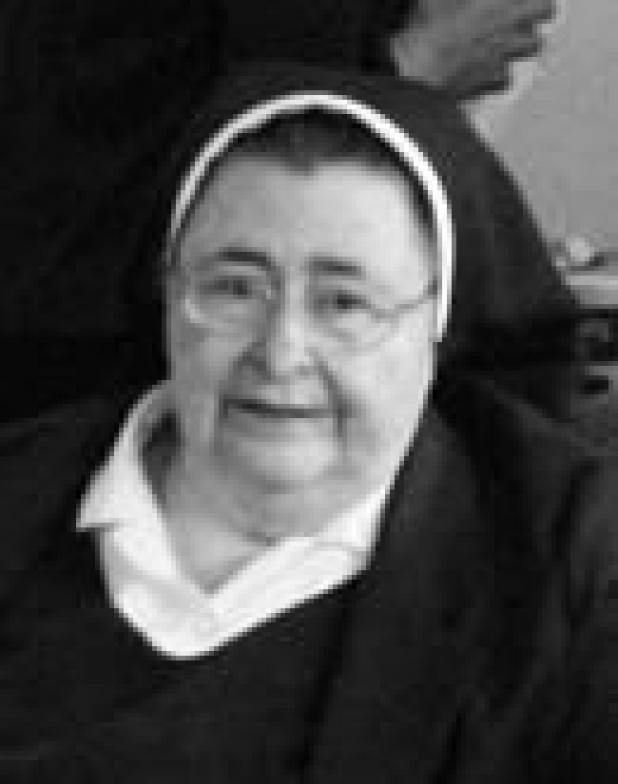 Shreveport, LA - Sr. Maria Smith, D.C., a member of the Congregation of the Daughters of the Cross, passed away on Holy Thursday, April 18, 2019, after a brief illness. She was a resident at Mont Clair Assisted Living Facility in Shreveport. Visitation will be held from 4:00 p.m. to 6:00 p.m. on Monday, April 22, 2019 at Osborn Funeral home on Southern Avenue in Shreveport, at 6:00 p.m. a Vigil Service will be led by Father Timothy C. Hurd. Recitation of the Rosary will follow the Vigil Service. The Funeral Mass will begin at 10:00 am on Tuesday, April 23, 2019, at the Cathedral of St. John Berchmans, with Father Peter B. Mangum, Diocesan Administrator, officiating. Burial will follow at Forest Park Mausoleum on St. Vincent Avenue, Shreveport.

Sr. Maria was born Earline Smith, in Rambin, Louisiana. She attended Stonewall High School and then St. Vincent Academy until she graduated in May 1953. She entered the Congregation of the Daughters of the Cross in September 1953. She pronounced vows of poverty, chastity, and obedience on August 15, 1960.

She earned a Bachelor's Degree in education from Mount St. Scholastica College in Atchison, Kansas, with the Benedictine Sisters, and a Master's Degree in Administration from Creighton University in Omaha, Nebraska, with the Jesuit priests.

Elementary education was Sr. Maria's lifetime ministry. She taught in Marksville at Presentation School, Lake Providence, Shreveport, and Monroe. She served as principal of St. Catherine School in Shreveport for 5 years and 17 years as principal of Jesus the Good Shepherd School in Monroe, and taught vacation bible school in the summers.

Besides being an advocate of Catholic schools, Sr. Maria was a dedicated fan of the St. Louis Cardinals, New Orleans Saints and all LSU sports. Not only did she pray for the Church, but she prayed for her teams to win and win big.

Sr. Maria was preceded in death by her parents, Myrtle Rambin Smith and Earl Edward Smith. She is survived by many cousins and by her many students. Those honored to serve as pallbearers will be members of her family.

In lieu of flowers, donations can be made to the Diocese of Shreveport, Daughters of the Cross Educational Fund, 3500 Fairfield Avenue, Shreveport, LA 71104.