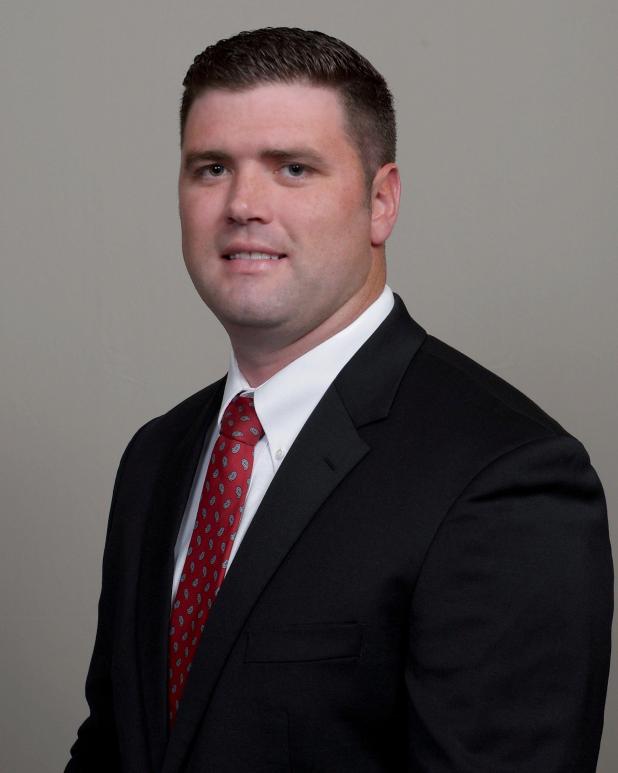 In Tim Curry’s mind, a community hospital should be more than just a place where a person goes when they are sick or injured.

If the name sounds familiar, let’s get it out of the way early. He’s not THAT Tim Curry -- the actor known for Rocky Horror, Clue, Annie, etc.

“I get that a lot,” Curry said with a laugh.

Curry, 28, is the new CEO of Avoyelles Hospital in Marksville. He is the youngest hospital administrator in Louisiana.

“I want Avoyelles Hospital to have a presence in the community,” Curry said. “The hospital will be there when it is needed, providing medical care here so people don’t have to go somewhere else to get the services they need.”

In addition, the hospital will do what it can to make the communities in Avoyelles Parish better for everyone.

“We held a big toy drive for children,” he noted. “We also held an event for senior citizens. We conduct training courses for babysitters, giving basic tips and instruction to help them provide good care for those they babysit.”

Curry is a Bossier City native, married to former Miss Louisiana (2011) Page Pennock Curry of Shreveport. They have three children -- Brigham, 4, Riverson, 2, and Lochlan, 1. He and his family are busy making a new home in Marksville. Curry has joined the Chamber of Commerce and Rotary Club to get personally involved in the community. He is also working on future projects with the Avoyelles Arts Council.

Curry -- a former college and Indoor Football League quarterback -- believes strongly in being a participant and not just a spectator.

Curry’s love of football has also been expressed by working with Marksville High Coach J.T. Dunbar on programs at the school, including providing a new sound system for the football stadium.

“J.T. has also asked us to have a nurse or doctor on the sidelines and to do the physical exams for the school’s athletes,” Curry said.

“We will be working with all the schools, public and non-public, throughout the parish,” he said. “It is important to invest in our children because they are our future,” he added.

“I want to be involved in everything,” Curry said. “I want the hospital to not only be the medical center for the community, but to also be the voice and the face of our community.”

Curry went to Louisiana College in Pineville where he earned a degree in kinesiology, minored in business and was the Wildcats’ quarterback.

Immediately after college, Curry played indoor football for two teams in 2013 -- first with the Louisiana Swashbucklers in Lake Charles and then later that year with the Cedar Rapids Titans.

The Titans were defeated in the league championship game by the Sioux Falls Storm. The Swashbucklers closed down. The Titans were recently sold and renamed the River Kings.

After that season, Curry returned home to Louisiana where he began his career in health care as a nursing home marketer. He was soon promoted to regional marketing director over several nursing homes. He was later promoted to nursing home administrator.

“I have always enjoyed helping people,” Curry said. “That is the reason I got into health care. Being there when people needed help has always been important to me.”

He joined Allegiance Health Care in April 2018 as the chief operating officer for Avoyelles Hospital, serving under CEO Rene Goux.

“I learned a lot from Rene,” Curry said. “He has truly been a blessing to me and Allegiance is fortunate to have him and his experience.”

Curry said the hospital is not only improving its building with a $1 million remodeling project, but is also expanding the services it offers.

“Owner Rock Bordelon is a native of the Avoyelles Parish community and is dedicated to improving health care in this community,” Curry said.

“We are looking at adding obstetrics and a pediatrician to establish a women’s and children’s services,” he said. “We will also add a cardiologist and urologist.”

One planned expansion that will impact smaller communities in the parish is Curry’s proposal to add satellite clinics around the parish.

“There are some smaller communities that have no medical presence,” he noted. “I don’t think a person who wakes up with a fever or illness should have to get in their car and drive 30 to 45 minutes to find someone who can treat them.”

Curry said he wants to put as many medical services as close to people as possible.

“We are looking at several areas that could utilize this service,” Curry said. “The whole idea is to be there for our community and take care of them locally so they don’t have to travel for health care.”

Curry said people may think “bigger is better” and that they need to go to a large medical center in a big city for treatment.

“That’s not true,” he continued. “Our doctors are as good or better than any doctors anywhere. I would put them up against anyone else’s doctors.”

At a large hospital “you are just a number. The nurses may have a large number of patients to tend to, so you don’t get a lot of attention when they see you.

“At a community hospital, you get more personal care,” he said. “The nurse may have half as many patients to see, so you get more one-on-one attention.”

Curry is optimistic about the future of Avoyelles Hospital and Avoyelles Parish. He is also determined to do whatever he can individually and to lead the hospital in efforts to improve the quality of life and health care in this area.

“My motto is ‘provide quality health care close to home,’” Curry said. “That is what Avoyelles Hospital is doing and will continue to do.”