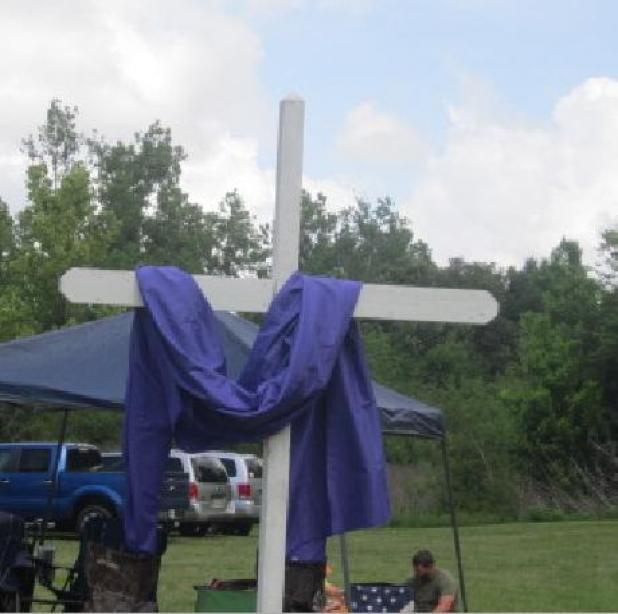 REASON FOR THE SEASON
To ensure those enjoying the Easter games did not forget the real reason for the celebration, a white cross held a place of honor at Easter on the Red. {Photo by Raymond L. Daye} 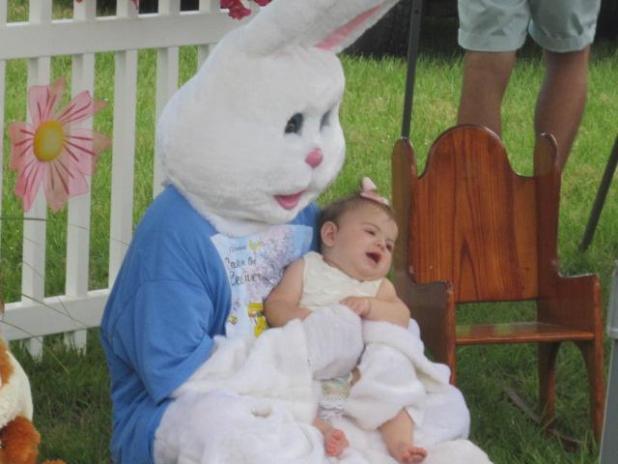 ONE KIND OF EASTER BUNNY
8-month-old Emma Cooper of Effie enjoys her first visit with the Easter Bunny at the event on Red River. {Photo by Raymond L. Daye} 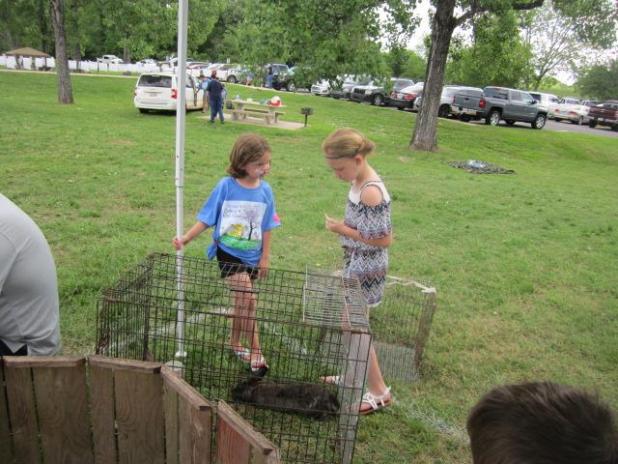 ANOTHER KIND OF EASTER BUNNY
Reese Smigura, 7, (left) and Sophie Moreau, 9, both of Effie, visit a real Easter bunny during the Easter on the Red event this past Saturday. {Photo by Raymond L. Daye} 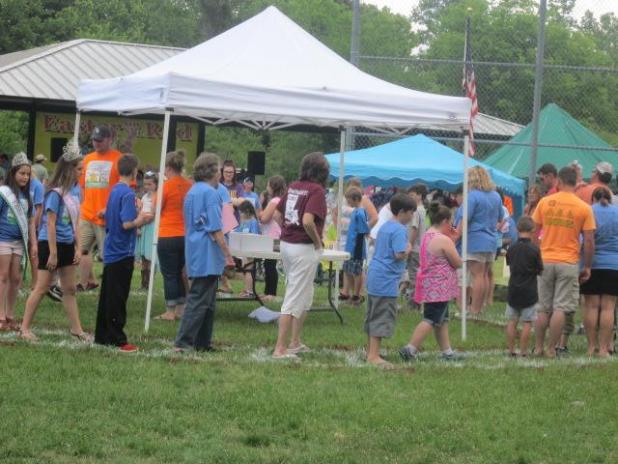 SOMETIMES YOU HAVE TO WALK
Participants walk around the circle in one of the cake walks at the Easter on the Red Festival. {Photo by Raymond L. Daye} 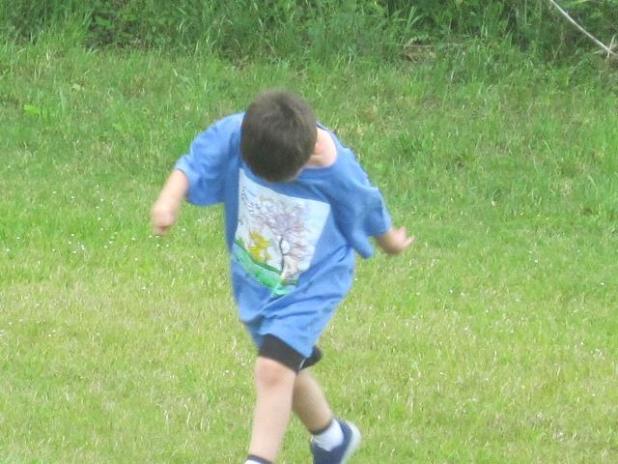 SOMETIMES YOU JUST HAVE TO RUN
5-year-old Dylan Daye of Hessmer isn’t hunting for eggs, but he is enjoying running in the green grass on a pleasant Spring day during the Easter on the Red festival on April 15. {Photo by Raymond L. Daye}

Easter is a season of joy. For many, it is the joy of celebrating an event that occurred 2,000 years ago. It is also the joy of watching the faces of children as they hunt for treasures to fill their baskets and the faces of adults as they concentrate on an intense egg-knocking bout.

There were many Easter-related events around the parish in the days leading up to and including Easter Sunday, including three festivals that have become part of the area’s Easter tradition.

The Easter on the Red, held at Ben Routh Recreation Area in Vick on Saturday, attracted a large crowd to compete in egg knocking, egg tossing, egg hunting and Easter bonnet/hat modeling.

But the highlights of the day were the egg hunt, egg knocking and egg tossing.

Cottonport’s “Pockin’ on the Bayou" festival had an unwelcome visitor -- one of those brief April showers we always hear about -- but the show went on to the joy of the event’s largest-ever crowd, Mayor Scotty Scott said.

In addition to the traditional egg-related events, the Cottonport festival includes pirogue races -- an non-traditional contest that has become an Avoyelles tradition.

The Easter festival season ended Sunday with the competition that started it all -- the Marksville egg-knocking on the Courthouse Square. For the 61st time, contestants lined up to test their egg and knocking skills against each other in the nation’s longest-running egg-knocking competitions, dating back to 1956.