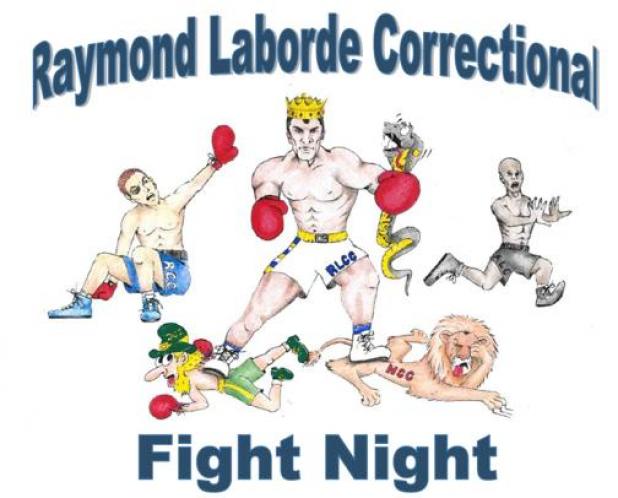 It has been called the “sweet science” by some and a throwback to gladiatorial Rome by others.

Whatever you call it and regardless of your opinion of it, boxing is one of the world’s oldest spectator sports.

Boxing fans will have the opportunity to watch some quality pugilistic contests at Raymond Laborde Correctional this Thursday (May 23) beginning at 6 p.m. in the RLCC gym.

Those attending are reminded that the event is being held inside a prison, so vehicles will be searched upon entering the front gate. Cars will be parked in a designated area and visitors will be escorted to the gym.

Concessions and hobbycrafts will be on sale. No outside food or drink is allowed.

“There will be 12 to 14 matches,” RLCC Recreation Director Beau Milligan said. “There will be nine possible title fights. It will be well worth the $5.”

In addition to the title bouts, there will be “top contender” fights which will qualify the winners to fight for a title at the next Fight Night event, Milligan added.

Whether you enjoy watching the fleet-footed, fast-fisted featherweights, the bone-crunching super-heavyweights or the various weight classifications in between, there will be bouts to suit your fancy.

The Cottonport prison’s boxing club will host prisoner pugilists from state correctional centers across the state.

The inmate boxers travel to other correctional centers for Fight Night events throughout the year.

RLCC will host another Fight Night in October.

The fights consist of three three-minute rounds -- not the 10, 12 or 15-round marathons you may see on pay-per-view professional boxing.

The event is sanctioned by the Louisiana Institutional Boxing Association (LIBA) which provides the referee and judges.

Milligan said that, in his opinion, the Laborde Center’s best boxer, pound-for-pound, is its junior middleweight Trivon Bennett.

“This is real boxing. It’s not a ‘cage match,’” Milligan said. “These men train hard and they put it all out there in the ring.”