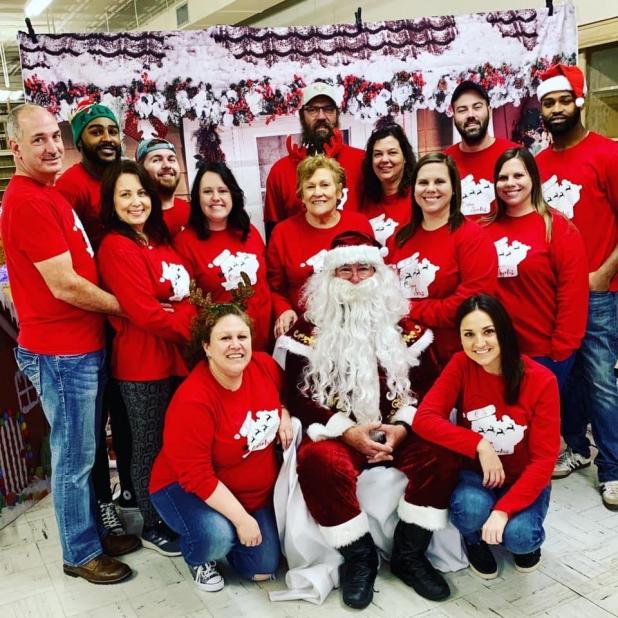 There is a saying about “keeping Christmas in your heart all year.”

Cajun Santas, Avoyelles Parish’s newest Christmas-related non-profit, is making that saying a reality. The public will be reminded of the “Season of Giving” several times before the official start of the yuletide on Black Friday.

“We will be having several events during the year to raise money for our Christmas toy distribution,” Cajun Santas founder Jamie Ducote said. “We are putting together a Valentine’s raffle right now for the first event of the year.”

Ducote is a native and resident of Hessmer. He is also a veterinarian in Alexandria.

That caring spirit for animals he has in his professional life is also evident for children in his personal life.

The thought of good little girls and boys being overlooked because “Santa was just too busy” was something that had worried him for years.

This past September he decided to try to give St. Nick a hand -- at least in Avoyelles.

“This is something I have wanted to do for years,” Ducote said. “In September I asked some friends if they would be willing to help get it started. They all jumped on board.”

Cajun Santas has an 18-member board of volunteers who help to organize and conduct the fundraisers, take nominations for gift recipients and then distribute the presents to needy children.

“Our first event was the Christmas Lights 5K, a night-time event in Hessmer we held on the day before Thanksgiving,” Ducote said.

Between that and a raffle held prior to Christmas, Cajun Santas raised over $16,000.

“We received nominations from the public for children in need,” he said. “Then we visited the families ourselves.”

Brian Stephens, one of the organization’s board members, said Cajun Santas tries to make sure to help “the most in need families” and not to families that might have other financial means for Christmas.

Ducote said Cajun Santas was able to make sure 42 Avoyelles Parish children had a present or two for Christmas.

That averages out to about $400 per child.

Cajun Santas will have a fundraiser in the summer and probably a few other small events.

Then its “glow-in-the-dark” 5K will once again be held on Thanksgiving Eve in Hessmer.

“The 5K will be our biggest event,” Ducote said. “We will raise most of our money with that, with business sponsors and fees for runners to participate.”

Ducote said he was amazed at the level of support the organization received from the public.

“In just a little over two months, the public really came out in support of our efforts to make it a successful first year,” he said. “We plan for it to become bigger and better every year.”

For more information on Cajun Santas and upcoming events, visit the organization’s website at www.cajunsantas.org or the Cajun Santas Facebook page.