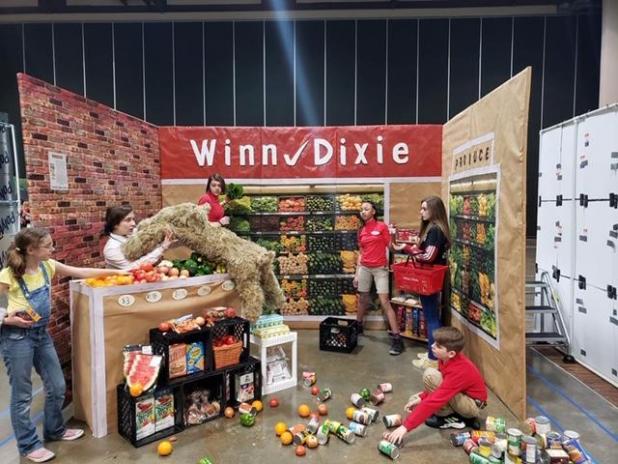 In its first year of operation, Red River Charter Academy is already sending students to a national academic competition.

That qualifies them to compete at the national level this June in Fort Worth.

“We are so proud of our students, the teachers/staff, parents and community for all the support putting these things together,” RRCA Executive Director Leigh Cole Fryery said. “To be able to do all of these things the first year is nothing short of a miracle, but RRCA has a village of support and people dedicated to seeing these students succeed.”

Beta Club sponsor Michelle Lemoine said the club has been active and successful in its first year of existence.

“We have 70 members and 35 of those participated in events at the state competition,” Lemoine said.

The Living Literature team, which one first place at the district level, was the only RRCA team to qualify for the nationals.

“In the Living Literature competition, the team had to present its interpretation of a scene from a favorite book,” Lemoine said.

“We chose 'Because of Winn-Dixie' and depicted the scene where the dog, Winn-Dixie, runs through the grocery store, knocking over cans and produce and running down the aisles full of shoppers and store employees,” Lemoine said.

She said the club is fortunate to have several parents who serve as co-sponsors and coaches for events.

“Nicole Priester was the parent leader for our Living Literature event, and was a big reason we did so well,” Lemoine noted.

The students are looking forward to the national competition in Fort Worth.

Members must maintain a high grade point average and participate in service projects during the year.

“We had a canned good drive for Thanksgiving, a coat drive and Christmas Cheer boxes so far this year,” Lemoine said.

Lemoine said Beta has “been a big part of my life and my children’s life.”

She noted that 10 years ago, when she was teaching middle grades at Avoyelles High, she was the faculty sponsor for Junior Beta -- when her now-21-year-old son was a member.

“We won 2nd place and qualified for nationals then, too.”